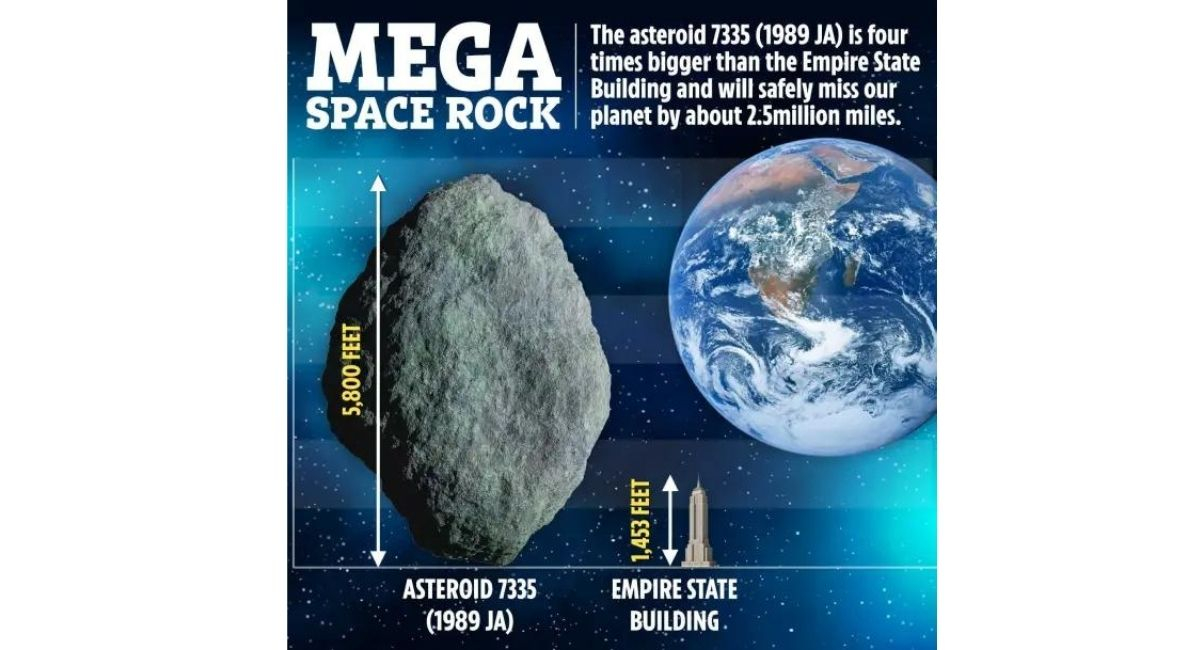 a gigantic “potentially dangerous” asteroid It has been approaching Earth, but not only that, but this is the largest that will pass through our planet this year. However, despite the fact that it can cause serious damage, NASA has asked to maintain “calm”, as reported by the Center for Near-Earth Object Studies, CNEOS.

This star is about 7335 (1989 JA) that was first observed by the American astronomer eleanor helin on April 6, 1989, hence its name. It also receives the category of Apollothat is, it belongs to all those rocky bodies that orbit around the Sun and that cross the Earth and even approach it, periodically.

According to NASA, this asteroid is the largest to come close to Earth in 2022. The space rock measures 1.8 kilometers in diameter. This is why it could cause catastrophic damage on Earth. Scientists estimate that it travels at 76,000 km/h, that is, 47,200 meters per second.

The “potentially dangerous” asteroid is scheduled to pass by Earth on Friday, May 27. The time, according to the Iberian Peninsula, will happen at 11:26 p.m. at night. The space rock will be located, at that time, about ten times the distance from the Earth to the Moon.

That is why it is “potentially dangerous” because it is not ruled out that it causes some enormous damage on Earth. It travels faster than other smaller asteroids. The last time it approached Earth was on May 1, 2015.

According to the center that belongs to NASA, its next approach will be on September 12, 2029, but it will travel slower. The CNEOS emphasizes that this space rock is of rarity 2, that is, it only comes close to Earth once a year.