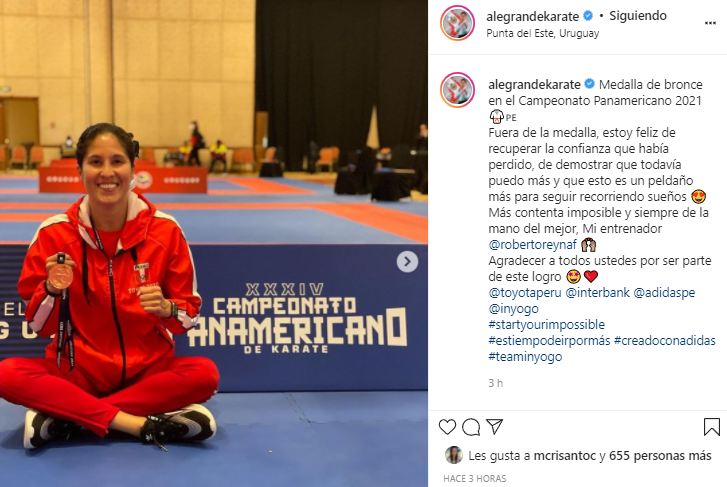 Despite the fact that it was a very close match for both, the national karate fighter was able to obtain victory by beating the Chilean athlete 2-1 and thus, stay with Repechage 1.

After getting her second medal for third place in a row, Alexandra Grande referred to this achievement, through her social networks, stating that it will help her regain confidence in herself, since it is something she had lost in the last weeks.

“Outside of the medal, I am happy to regain the confidence that I had lost, to show that I can still do more and that this is one more step to continue traveling dreams. Impossible to be happier and always hand in hand with the best, my coach Roberto Reyna. Thank you all for being part of this achievement “He indicated on his Instagram account.

Other results of this championship

The Peruvian karatecas Ingrid Aranda and Saida Salcedo also reached the Top 10 of the Female Kata, since they achieved the 5th and 9th positions, respectively. In addition, in the men’s branch, Mariano Wong and John Trebejo also ranked within the top ten, given that they also ranked 5th and 9th.