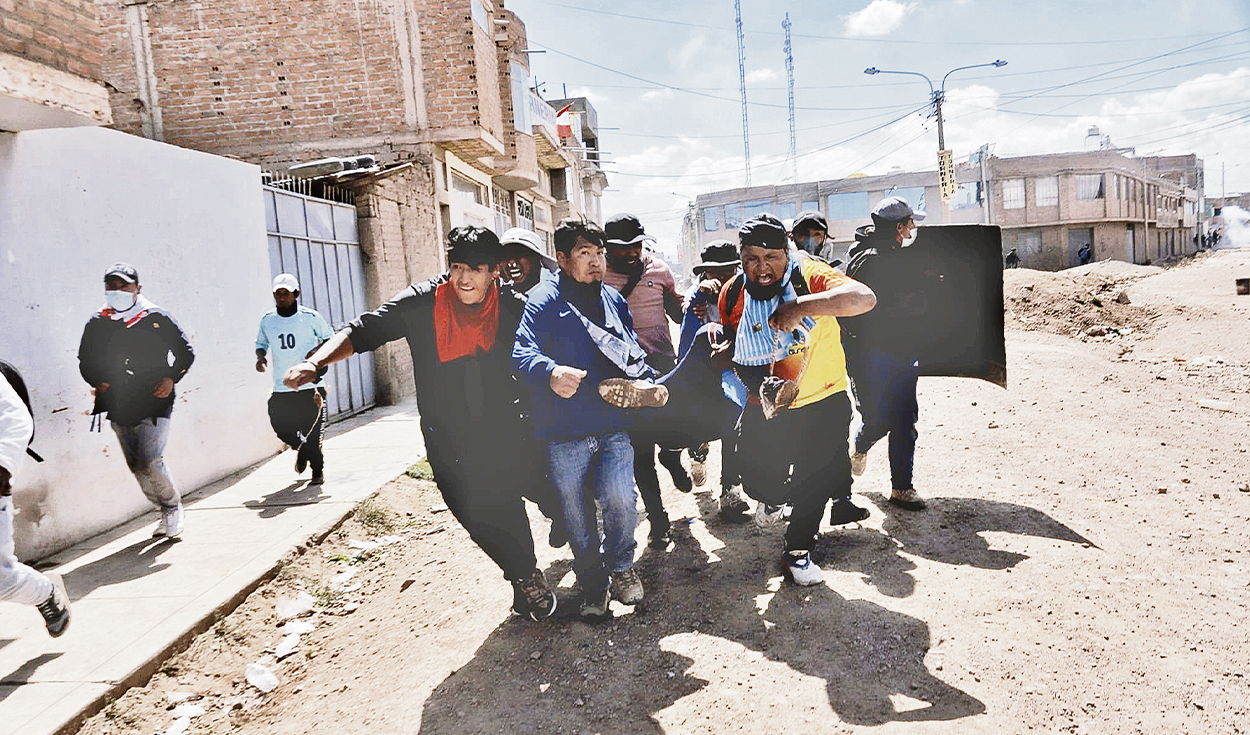 The former ambassador of USA in Peru and Assistant Secretary for Western Hemisphere Affairs, Brian A Nicholsexpressed his regret for the political and social situation that the country is going through, after the massive protests in the southern zone that leave more than 40 dead.

“We are deeply concerned by the violence in Peru and saddened by those injured and those who lost their lives. All Peruvians deserve to live in peace and democracy. We await the commitments declared by the government to solve the country’s challenges, ”he said on his Twitter account.

A group of desperate protesters carry an injured man for attention. Juliaca was a powder keg yesterday. Most of the wounded received impacts from bullets and pellets. Photo: Photo: Liubomir Fernández/ URPI – LR

state Joined expressed concern about the situation of Peru and called for “moderation” and that the use of force against the demonstrations be reduced “to a minimum.” In addition, they expressed their support for the opening of an investigation into the repression that caused dozens of deaths.

“We recognize the right to peaceful protest and the expression of complaints through democratic channels, and we call for calm, dialogue and for all parties to exercise restraint and non-violence,” said a spokesperson for the Department of State.

“We support the Peruvian government’s commitment to investigate all deaths and ensure that its security forces respect law and order, in accordance with human rights and Peruvian law,” he added.

The CIHD asks to investigate “excessive use of force”

The Inter-American Commission on Human Rights (IACHR) pointed out that Peruvians “are not listening to each other” and asked to investigate the use of force in protests against the president Dina Boluarte that leave more than 40 dead, announced an observation mission in Lima.

Stuardo Ralon, head of the mission, demanded impartial investigations into indications that elements of the Armed Forces made “excessive use of force” in the repression of mobilizations. Similarly, he asked for clarification of the possible presence of extremists in promoting the protests and highlighted that citizen discontent is distorted when acts of vandalism occur.

The representatives of the IACHR They also pointed out that the Peruvian political crisis, which has become chronic since 2016, is influenced by the historical neglect of various peoples, such as indigenous people, Afro-Peruvians and the inhabitants of the provinces.