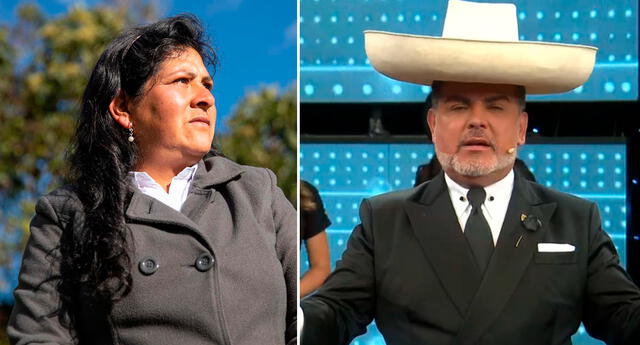 It caused controversy again. The television host Andrés Hurtado surprised his viewers again in the latest edition of his program in Panamericana Television by reusing your fine cutlery from the exclusive and expensive Versace brand live.

As is known, the remembered ‘Chibolín’ shocks his followers every time he shows the luxuries he usually has in his daily life after the great success he has on the small screen. Therefore, it is not a shame to eat a ‘mosquito’ with its exclusive golden cutlery.

As is known, this dish that the Peruvian has invented consists of a quarter of grilled chicken, accompanied by a portion of chaufa rice and French fries. The driver Andrés Hurtado was extremely excited when eating the peculiar dish and assured that it was spectacular.

Let us remember that in the last edition of the television space Because Today is Saturday with Andrés, an unexpected moment was experienced after a doctor announced that the presenter’s heart is pleased because of a problem with his blood pressure.

However, Andrés Hurtado attacked his production for making him renege despite his delicate diagnosis. “But cHow do I control character if I fight here with my production all day, they are all a bunch of morons, I hope they already leave. The good thing is that December is coming and I am left alone with the program and everyone goes on vacation. My dream is never to see them, “he said.

It surprised everyone! The controversial television host Andrés Hurtado left all his thousands of viewers with their mouths open last Saturday, October 30, when he revealed live that the first lady Lilia Paredes lent him one of her hats chotanos.

“Today I wear our Chotano hat with pride, the Cajamarca hat. Our music of chota, I pay tribute to Chota Cajamarca and thank you first lady for lending me this hat to pay tribute“he said at the beginning.