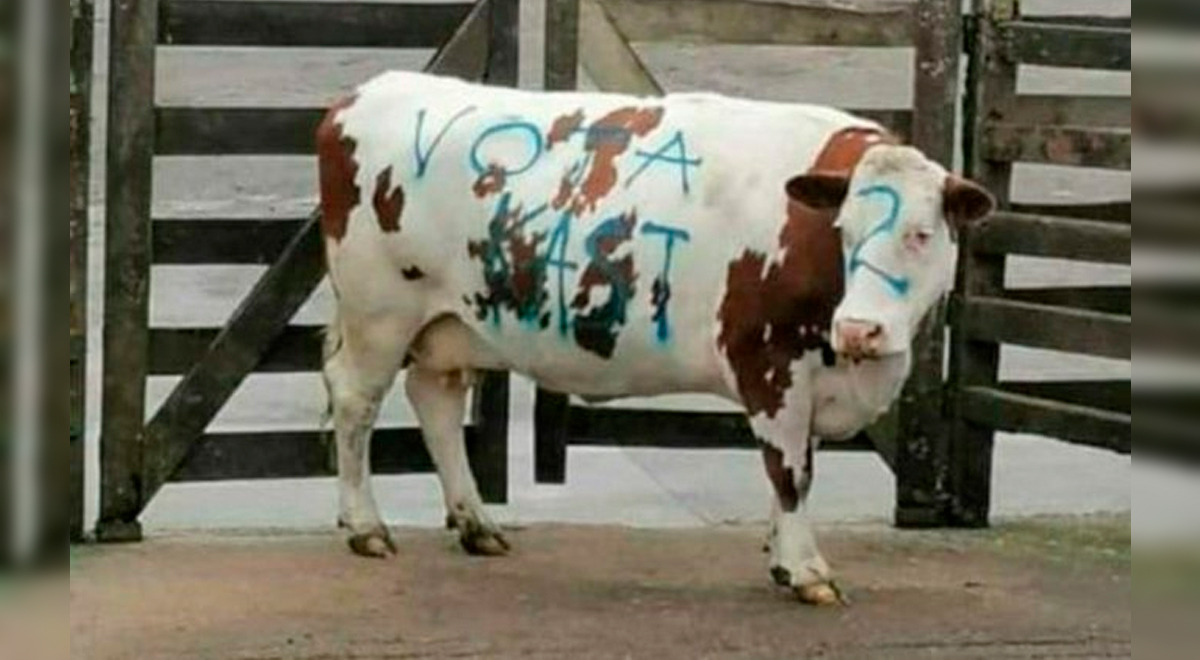 A case of animal abuse has outraged thousands of people on social networks. Through videos on the Internet, thousands of people have denounced the cruelty against a cow that was beaten and displayed with pints in favor of the Chilean presidential candidate José Antonio Kast.

According to information gathered by Fundación Vegetarianos Hoy, the event was registered in the commune of Osorno, Los Lagos region, during the sale of cattle at a fair in that city.

In the clips shared by the witnesses to the abuse case, it is possible to see how they beat and show the animal before those present for its subsequent sale. The cow also had the number “2” written on its forehead, as well as a message in favor of candidate José Antonio Kast.

In one part of the video, the voice of the announcer can be heard asking those present to “vote for Kast or go to the slaughterhouse”, all to the laughter of the people in Fegosa, a cattle auction company.

Users in Twitter They did not delay in reacting alarmed by the unconventional electoral propaganda (which, in this case, being a living being, is not within the spaces of political advertising considered by the Electoral Service).

“When you look at the government program of Kast, all it has are issues relevant to pets or companion animals, but in production animals what he raises is to make the animal production more flexible,” said the legal director of the Fundación Vegetarianos Hoy, Cristian Apiolaza