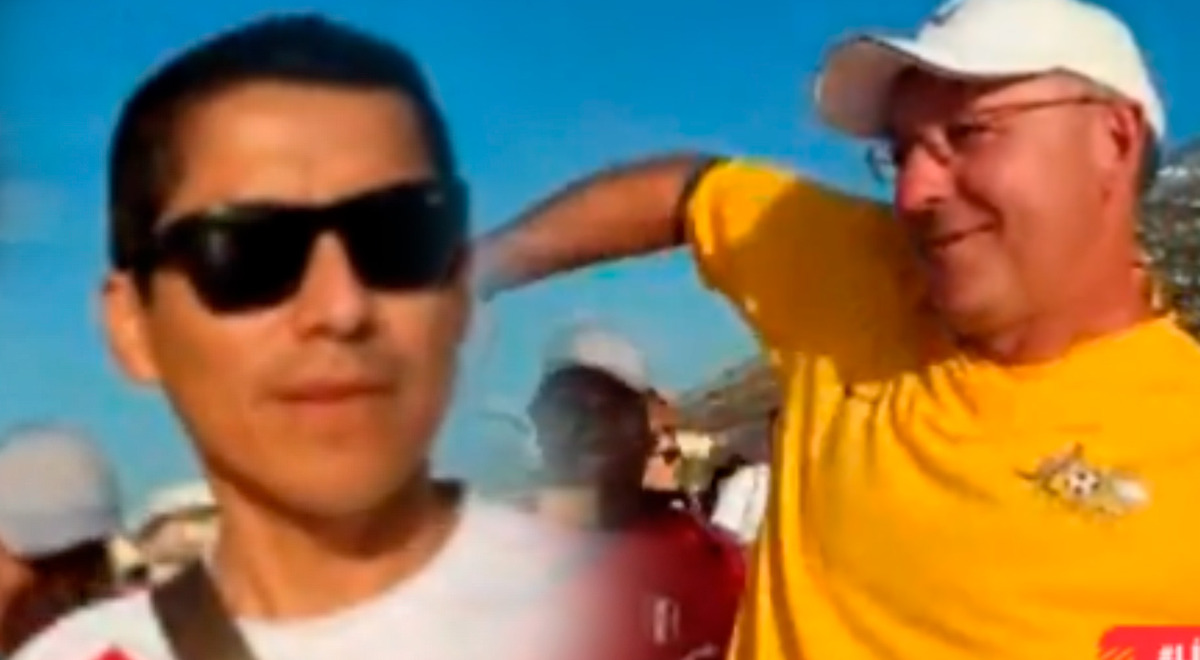 A compatriot, who resides in USAI was in Qatar to enjoy the biggest sporting event in the world. He was giving statements near a fan of Australiawho was also encouraged to speak in front of cameras about the Peru national team.

He surprised by saying that he felt the young compatriot as a friend, despite the fact that in the past his team left him out of the Qatar World Cup 2022 to the national team on penalties.

The Peruvian fan commented laughing that on that occasion, where the non-participation of the squad led by garecathe Australians were very lucky.

The man reminded him that Peru, in the Russia 2018, won his team by two goals to nil. Immediately afterwards, the fanatic did the dance of the archer Andrew Redmayne. What had an immediate response from the man who wore the red and white, where he commented that if Australia had lost in the qualifying rounds, France would not have thrashed them. “Disappointment,” he added.

They ask to be at peace

Far from being uncomfortable or distant from the comments, the Australian fan took the words that the young Peruvian addressed him with great joy.

And they closed their conversation by shaking hands. In addition, he was encouraged to send a greeting to all Peruvians.