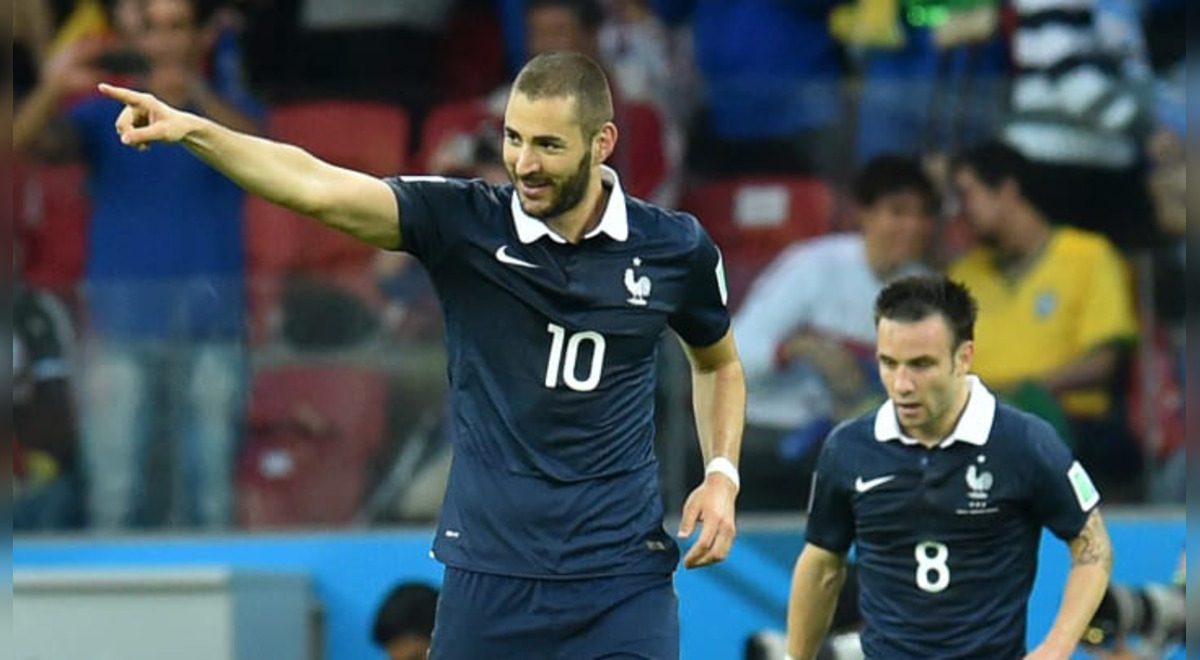 In his sporting heyday, the French forward of the Real Madrid Karim Benzema will know this Wednesday the verdict of the trial for an alleged blackmail of his former partner in the selection Mathieu Valbuena, for which the Prosecutor’s Office requested an exemplary sentence of 10 months in prison, exempt from compliance, and a fine of 75,000 euros.

The decision of the Court of Versailles comes a few hours before the player disputes in Tiráspol (Moldova) before the Sheriff a decisive Champions League match, but also to five days after the winner of the Ballon d’Or is known, for which it is a favorite.

The “Valbuena case”, in which the Madridista intervened in 2015 at the request of a childhood friend, in turn contacted by the alleged blackmailers who had a video of sexual content of the then Lyon player, appears as a stain in the extraordinary moment the striker goes through.

Converted into a key player in Madrid, Benzema regained his position in the French team a few months ago, from which precisely this scandal separated him for five years.

His exceptional form has also led him to regain a decisive position in Didier Deschamps’ scheme, which is why everything sporting smiles at the player.

The sentence may cloud this sweet moment somewhat, although the president of the French Football Federation (FFF), Noël Le Graët, has already assured that his continuity in the selection will not depend on the verdict and that Deschamps will have the last word.

Nor will it affect the voting for the Ballon d’Or, since the journalists who vote for that prestigious award that France Football magazine has given since 1956 already cast their votes weeks ago.

Benzema was the only one of the five defendants who did not travel to Versailles, on the outskirts of Paris, during the three days that the process lasted, alleging his sports commitments.

The accusation drew a panorama in which a group of “scoundrels” that swarmed around the Olympique de Marseille players (in which Valbuena played for several years) tried to obtain economic favors from the midfielder in exchange for not bringing to light a video of sexual content that they had had access to.

Faced with Valbuena’s reluctance to agree to their requests, they contacted Karim Zenati, Benzema’s childhood friend, to alert the Lyon player of the danger he was in.

The Madridista did so during a concentration of the national team at his Clairefontaine headquarters, which is interpreted by the accusation as complicity in the blackmail.

This is demonstrated, according to the Prosecutor’s Office and Valbuena’s lawyers, by the intervened calls between Benzema and Zenati.

The Madridista’s defense insisted on the thesis that his performance was exclusively to help Valbuena, without any ill intention, but the victim’s testimony, who did travel to Versailles, sought to clearly implicate his former teammate.

“If he wanted to help me and he had a friend of the soul who could do it, he only had to ask him to destroy the video,” Valbuena assured at the insistence of Benzema’s defense to minimize the impact of the conversation they both had on Clairefontaine.

The Prosecutor’s Office requested the lowest jail sentence against the Madridista, but the toughest economic sentence, arguing that the forward must have an exemplary attitude so that his image influences society.

Benzema is the only one who was not accused of blackmail and on whom only the charge of complicity weighed.

The brain of the operation, always according to the accusation, was Mustapha Zouaoui, for whom he asked for seven years in prison and a 15,000-euro fine, while against Axel Angot, the man who obtained the video and the only one who recognized the blackmail during the trial. , requested 18 months in prison and a 15,000 euro fine.