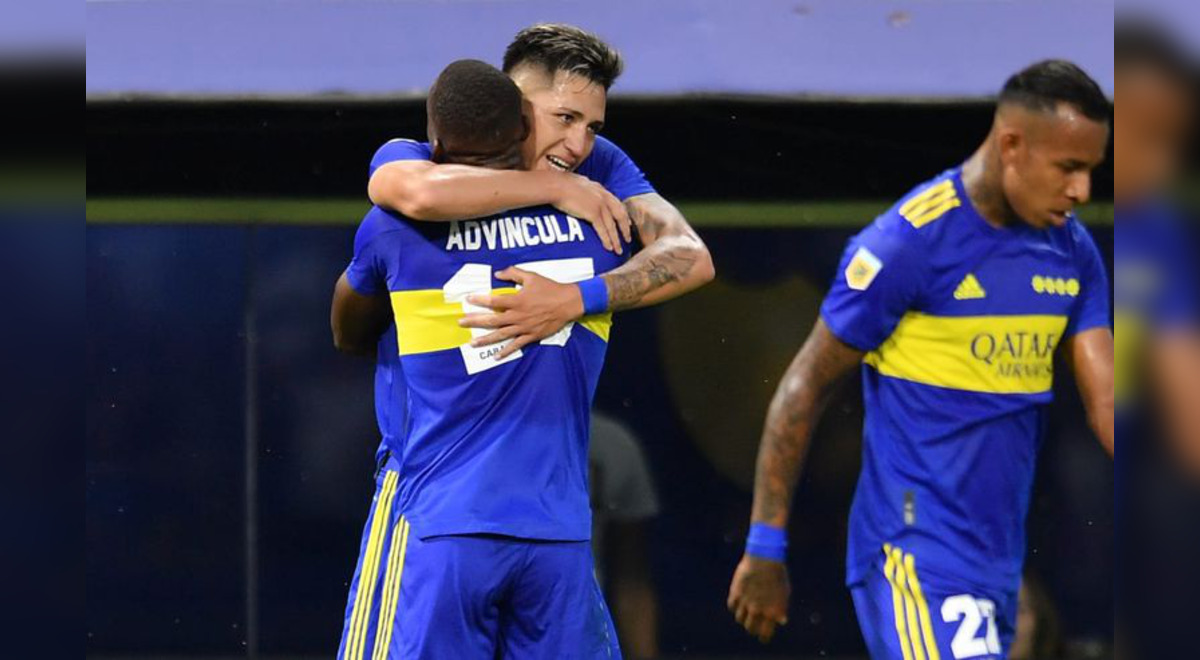 Boca Juniors defeated Sarmiento de Junín 2-0 at home in lto Bombonera and took a new step towards qualifying for the 2022 edition of the Libertadores Cup.

With goals from Luis Vázquez against a pass from Peruvian Luis Advíncula and by Frank Fabra, the ‘Xeneize’ achieved its tenth victory to total 36 units and settle in fourth position behind the leader River Plate (46), Talleres de Córdoba (40) and Defensa y Justicia (37).

“He reached the bottom (Advíncula), combined with Cardona, got into the area and put the pass for Vázquez to score 1-0,” said the newspaper journalist Olé Nicolás Migliavacca who gave him a score of six.

While, Carlos Zambrano he was on the substitute bench.

In other results, the Central Córdoba of Santiago del Estero defeated Independiente 1-0 and Rosario Central returned to victory by winning 3-1 against Atlético Tucumán.

This Sunday River Plate will visit Platense in one of the three matches that will mark the end of the 21st day of the Argentine tournament, and will go in search of a victory that will allow it to stay very close to achieving a local title that has been denied since 2014 .

The ‘millionaire’ team totals 46 points and, with a potential victory, it would take nine units ahead of Talleres de Córdoba, which this Friday equaled 1-1 at home with Vélez Sarsfield.

The 21st day began on Thursday with the victories of Defensa y Justicia (2-3 against Unión), Patronato (3-2 against Lanús) and Aldosivi (0-2 against Banfield), while on Friday Estudiantes thrashed 4 -1 to Hurricane, Gymnastics won 0-1 against San Lorenzo and Argentinos equalized without goals with Godoy Cruz.