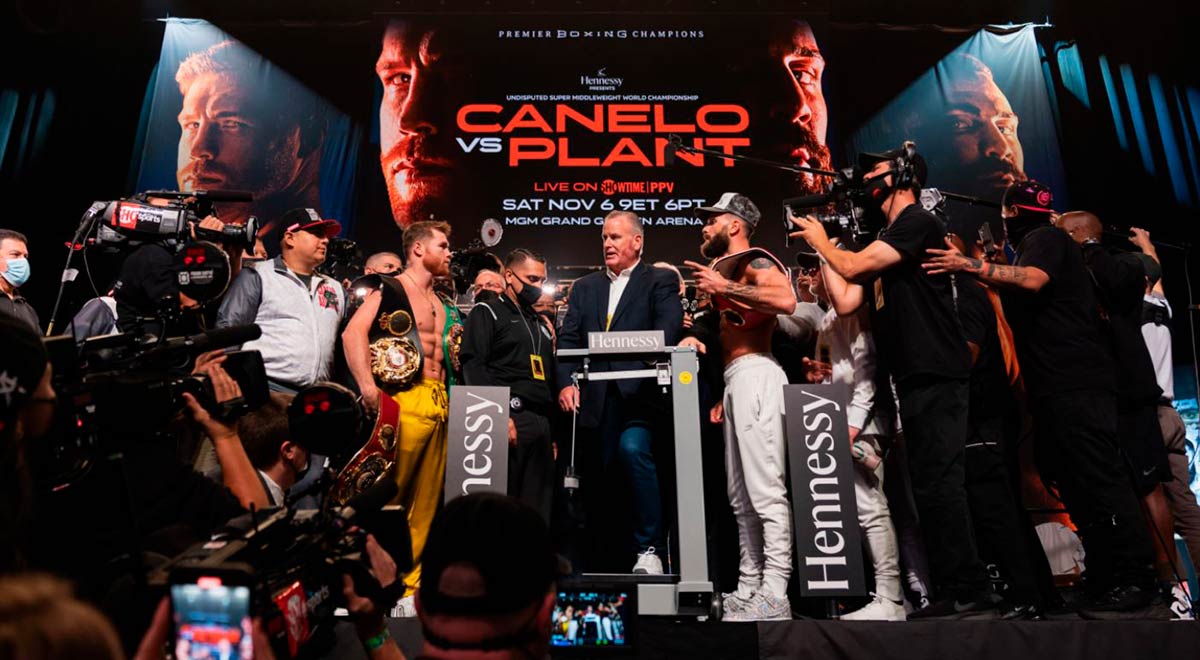 Canelo Álvarez beat Caleb Plant by knockout and is the unified champion of super middleweight titles. Relive one of the battles that will remain in boxing history.

Canelo vs. Plant stars this Saturday, November 6, in one of the most anticipated boxing fights of 2021. The Mexican boxer steps on the legendary MGM Grand Garden Arena in Las Vegas in search of becoming the first Latin American boxer to unify the four championships (WBA, WBC, IBF and OMB) in a single division.

For his pate, the American Plant, current champion of the International Boxing Federation (IBF), remains undefeated in 22 fights. As if that were not enough, he reaps a mark of 13 victories by way of knockout. In the preview of the event, the 29-year-old athlete revealed that he is confident in his abilities and warned Canelo Álvarez that he will be a threat.

Canelo Álvarez and Caleb Plant will meet in Las Vegas.

In this way, Canelo Alvarez and Caleb Plant they promise a fight not suitable for the faint of heart. If you live in North American territory, we will tell you how and at what time to tune in for the boxing match.

What US channel broadcasts the Canelo vs. Plant?

Showtime is a subscription television channel offered in various countries around the world, mainly in the United States. This signal will present the fight of Canelo Alvarez in view of Caleb Plant.

Where to see Showtime PPV LIVE, Canelo vs. Plant?

How much does the Canelo vs. Caleb Plant

On Showtime, the event will cost $ 79.99. According to the website, the combat can be enjoyed online via Showtime.com for a selection of devices such as Amazon Fire TV, Android TV, Apple TV (4th generation and more), Roku, Xbox One, iPhone, iPad, phones and tablets. Android.

At what time to see the fight of Canelo Álvarez vs. Plant