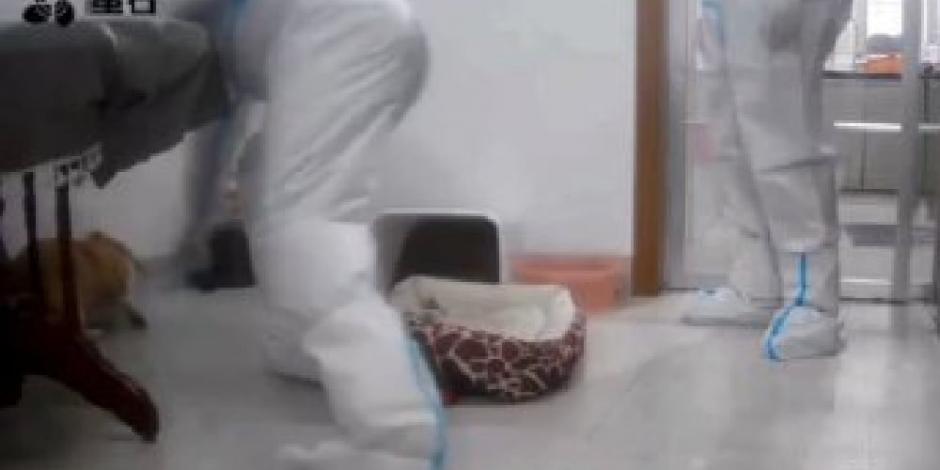 China is shocked by a case of animal abuse which has outraged the entire population because a woman has denounced that the country’s health authorities have killed his dog after they forced her to pass quarantine after testing positive for the coronavirus.

The event took place last Friday, November 12, in Shangrao Well, according to the woman’s account, she was sent to a hotel in the Golden Phoenix Garden building where the security cameras recorded everything that happened. The video shows how health workers they beat the poor animal to death.

The pet’s owner was not present when the animal abuse occurred. Likewise, he denounced that he was not allowed to go into isolation with his pet, since these were not allowed in the hotel where he was staying. However, she took him and, when they came in to disinfect the floor they started kicking him until Kill him.

After he was killed, the health personnel took him away in a yellow bag. “I stopped watching the video after the first ad. My heart broke. If I were the owner, how sad and miserable I would be ”, are some of the comments that are read on social networks after the video was broadcast.

Meanwhile, the local Shangrao authorities made a public apology and announced that the collaborators were fired, but the claim that the dog was subjected to “harmless elimination” drew attention.

Although the original post would have been removed, the incident became a trend on social media so people wondered in many comments “Who gave the worker the right to break into the place and kill the dog?” since the owner was not there.