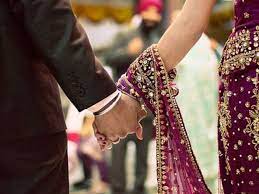 Tragic. A young couple committed suicide after his parents they were forbidden to marry so they have compared them to the dramatic story of Romeo and Juliet for they both took poison. The event went viral on social networks as international media have reported the news.

According to the portal Vice The young couple was found in critical condition so they were immediately transferred to a hospital, however, they arrived without vital signs. It all happened just before she married a man her family had chosen for her.

The police reported that the young woman was very in love with the boy, Adnan, so they wanted to marry, but the parents refused since they had another suitor and everything was settled.

The incident occurred on Sunday, November 7, in Fisalabad, Panjab province in Pakistan where marriages are decided by parents based on class, ethnicity, religion, and even socioeconomic status. “In our society, marriage itself is a risk factor for mental health”Lamented the psychiatrist Abdul Wahab Yousafzai to the aforementioned media.

According to a 2019 poll by Gallup Pakistan showed that 85% of Pakistanis had engaged through a arranged marriage, while only 5% had done it for love. In addition, in the country suicide is considered a crime that is punishable by fines and even jail.

Finally, it is important to remember that in 2016 another couple were poisoned in the city of Sargodha after their parents rejected their marriage. And, a year later, in the town of Gujranwala a couple jumped onto the train tracks.