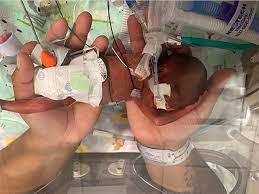 A child in America who he was born with only 21 weeks has been certified as the world’s most premature baby to survive because when he was born last year, Curtis means it weighed only 420 grams.

In that sense, Guinness World Records confirmed Wednesday that Curtis, who is now a happy and healthy 16-month-old boy, established a new world record by challenging the survival odds of -1%.

“Born in July 2020, exactly one month after the world’s most premature baby, Curtis Zy-Keith Means from Alabama, USA, would make history“Guinness World Records said in a statement.

It should be remembered that a full-term pregnancy is typically 280 days, while Curtis was born at a gestational age of 148 days, which makes him almost 19 weeks premature. “The medical staff told me that they usually don’t have babies at that age“said the child’s mother, Michelle “Chelly” Butler, to Guinness in an interview. “It was very stressful.”

Despite being born 19 weeks early, Curtis responded remarkably well to treatment, to the surprise of the doctors and staff at the hospital. University of Alabama Hospital. Curtis received respiratory support and medications for his heart and lungs to keep him alive.

He was discharged after spending 275 days, almost nine months, in the hospital. Unfortunately, her twin sister, C’Asya, did not respond to treatment as well as Curtis so he died a day after his birth.

Dr. Brian Sims, the neonatologist on duty who supervised the delivery of the twins, said: “The numbers say that babies this age will not survive.” Curtis still needs supplemental oxygen and a feeding tube, but doctors say he’s fine.

“I’ve been doing this for almost 20 years … but I had never seen a baby so young be as strong as him … There was something special about Curtis“Dr. Sims settled. 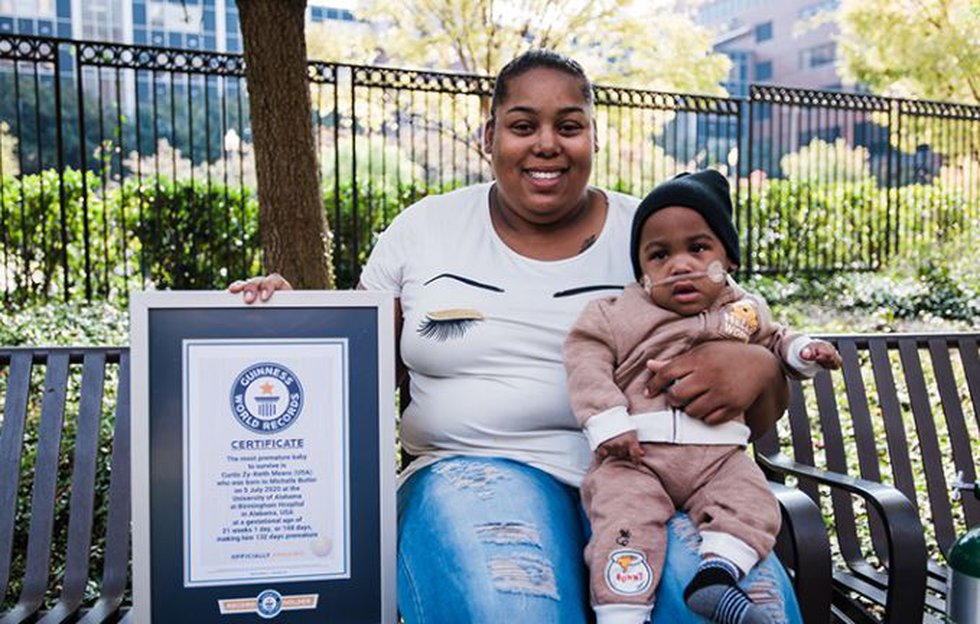