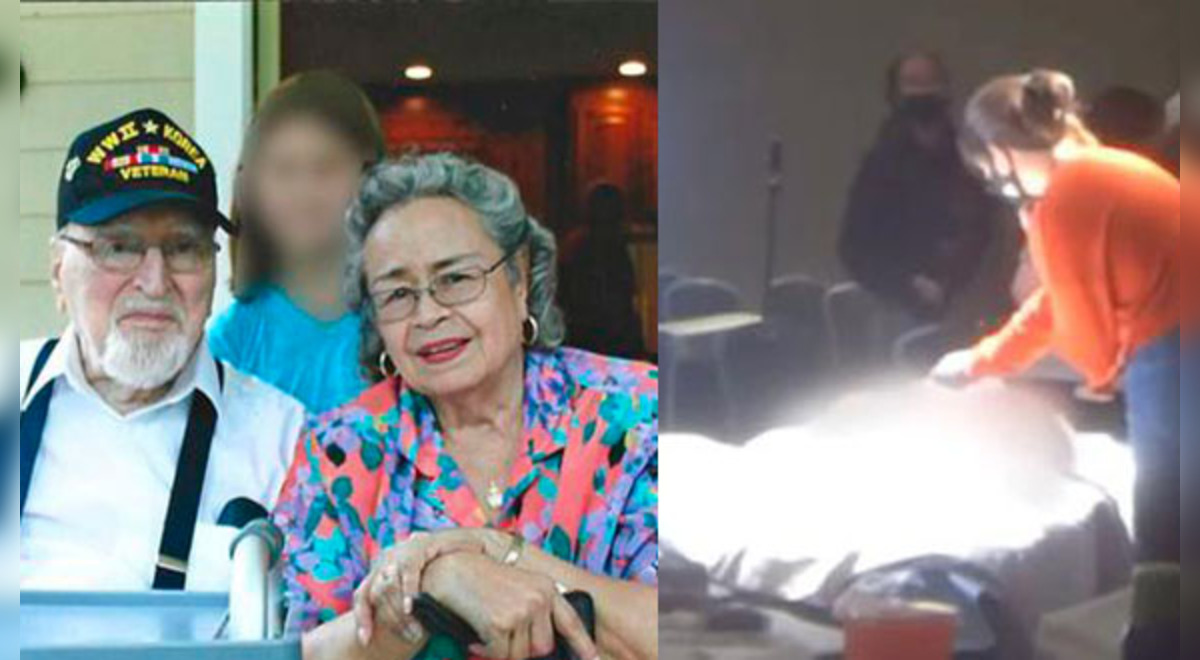 A horrified widow revealed that her husband’s corpse was dissected on a paid show after donating his remains to science. The woman, identified as Elsie Saunders, has shocked everyone in America with her chilling revelations.

According to the local media, the last wish of her husband who died of COVID-19 was to donate his body for science, but he never imagined that the remains of the person he loved the most would end up in an “Exhibition of oddities and curiosities.” The terrible event occurred in Oregon, USA

The husband of Elsie Saunders, a veteran of World War II and the Korean War, identified as David Saunders, was featured on the show and the public or paid $ 500 to see the 98-year-old’s dissection live.

“As far as I’m concerned, it’s horrible, unethical and I just don’t have the words to describe it. I have all this paperwork that says his body would be used for science, nothing about this commercialization of his death, ”stated the widow of David saunders.

How did you go from being donated to science to appearing on a paid show?

Elsie sunders She told the Baton Rouge newspaper that the Louisiana State University medical school refused to receive her husband’s body because he had died of COVID-19.

After that, she indicated that she contacted Med Ed Labs of Las Vegas, an industry of Technical and Business Schools of Medicine, for guidance on what to do. It is important to note that their website indicates that it was “established to provide medical and surgical education and training for the advancement of innovation in medicine.”

They sold the body

Without thinking about the consequences, Med Ed Labs of Las Vegas sold the body of the deceased to Death Science, but they did not suspect what they were going to use the body for, which was later dissected on a paid show.

An undercover reporter came to the “exhibition” where he was dissected David saunders, where they describe him as an 86-year-old man. The communicator was able to identify him by a bracelet bearing his information.

After the aberration was made known, the Med Ed representative apologized to Elsie Saunders. “We respect our donors and their families, and we appreciate their generous gift. Sorry, I’m on your side, “he said.

It should be noted that the widow of David Saunders mourned the end of her husband, with whom she was married for 10 years and had lived together for more than six decades in USA. “He was very patriotic. He thought that the donation of his body was also an act of patriotism, because perhaps it would be used to help someone else, ”the woman lamented.