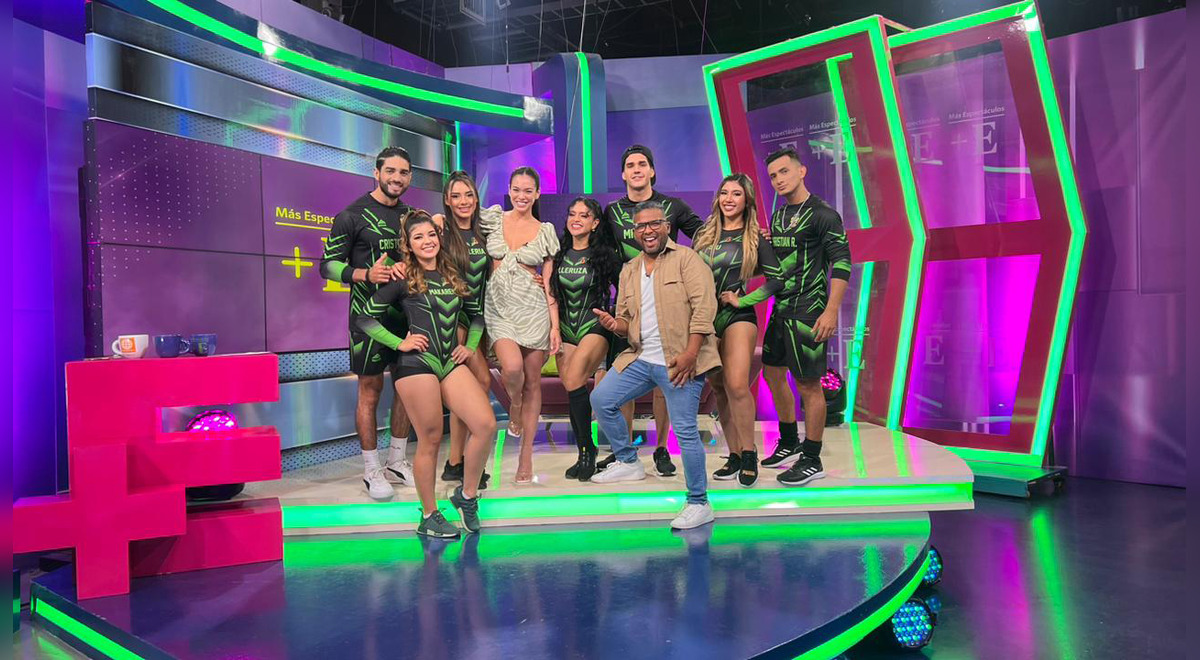 EEG casting nationally, it is approaching the final stretch. For this reason, the producer Peter Fajardoannounced that the participants began to visit América Televisión programs as part of their evolution corresponding to their stage development.

Consequently, the host of each program they visit will have the opportunity to choose a female and a male applicant to move to a new level of casting.

YOU CAN SEE MORE: Nicola Porcella ‘gets desperate’ with the chef and remembers EEG: “Yours is making meat, mine is making glasses” [VIDEO]

Today they were in +Espectáculos, the Tarapoto delegation made up of Miguel Richter, Christian Ríos, Christian Novoa, Siu Azang, Makarena Novoa, Lleruza Sinti, Valeria Barrerawho did their thing with Jazmín Pinedo, Jaime Mandros and Rebeca Escribens, who was invited.

The Tarapoto delegationdid not hesitate to suggest aphrodisiac recipes to drivers to improve their physical condition.

Likewise, the aspiring reality boys demonstrated their dancing prowess by making the drivers dance to the rhythm of a jungle cumbia.

“We are very grateful to the people of Tarapoto, because they have been supporting us since day one. It has not been easy to come to Lima and leave our family and friends, but it is a sacrifice that we are making, because we want to fulfill our dreams”, said Makarena, seconded by Valeri, Miguel and Christian, who are the most enthusiastic of the group.

In the same way, they expressed their gratitude to the production of EEG, since usually the young people of the jungle are not taken into account in the casting of television programs.

“I want you to know that in EEG, little glasses are not made, there is a strong physical and mental sacrifice. It takes a lot of skill,” Valeri said.

TAKE ADVANTAGE OF THE OPPORTUNITY
Jazmín Pinedo, host of +Espectáculos, former host and former contestant of EEG, shared an emotional motivational message with the Tarapoto delegation, as she stated that the rise of her television career began when she was given the opportunity to be part of the competition reality show of America Television.

“Many people don’t know how sacrificed it is to be part of EEG as a contestant. Therefore, they do not value it. Perhaps, I would not be standing here (host + Shows), if they had not given me the opportunity to be a reality girl. I advise you to make an effort and give your all to the maximum”, finished