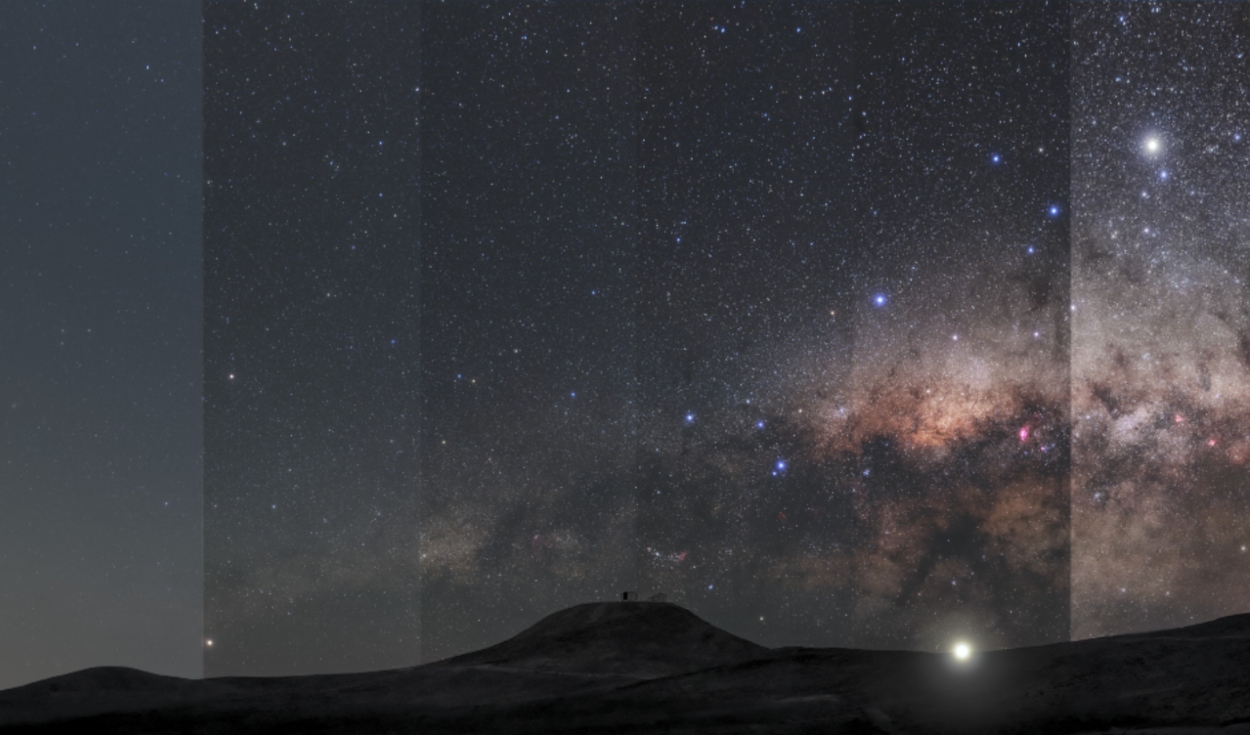 Light pollution is increasing rapidly, and in some places the number of stars visible to the naked eye in the sky has halved in less than 20 years, according to a study in the journal Science. The researchers claimed that the increase in light pollution was much greater than that measured by satellites at night on Earth.

To study how the brightness of the sky changes globally with artificial light, the researchers used stellar sightings from 2011 to 2022 made by more than 51,000 “citizen scientists” around the world.

The participants in the project Globe at Night (Earth at Night), run by the US National Optical and Infrared Astronomy Research Laboratory (NOIRLab), were given maps of the stars and asked to compare them to the night sky from their location.

The number of stars we see under a dark, clear sky depends on the light pollution around us. Photo: IT

The change in the number of stars visible was equivalent to a 9.6% annual increase in the brightness of the sky, averaged over the locations of the participants, the researchers said.

Over an 18-year period, given such a change in the luminosity of the night sky, a location that had 250 visible stars would have reduced that number to 100.

Investigating the effects of LED light

Most of the stars perceived with the naked eye were reported from Europe and the United States, said Christopher Kyba, one of the study’s authors, although there were also good entries from Uruguay, South Africa and Japan.

“The global trend in light pollution that we measured possibly underestimates the trend in countries that have a faster and growing economic development, since the rate of change of light emission is higher there,” the researchers explained.

The report coincided with the replacement of many exterior lights with LED (light-emitting diode) technology; however, the researchers say its impact on light pollution is unclear.

“Some researchers predicted that this would be beneficial; others, that it would be harmful due to spectral changes and the rebound effect, where the high luminous efficacy of LEDs leads to installing brighter lights or operating for longer hours,” he added.

“The visibility of stars is rapidly deteriorating, despite (or perhaps because of) the introduction of LEDs in outdoor lighting,” the research detailed.

“Current police lights are not preventing the increase in light pollution, at least not on continental or global scales,” he remarked.

Kyba, a physicist at the German Research Center for Geosciences, told AFP that while the team was able to assess the erosion in a star’s visibility due to light pollution, not much research has addressed its ecological impact.

“There is tons of research on the light flash directly on animals and plants. But it is really difficult to do experiments on the impact of visual pollution”, he added. “You’re not going to do something like just turn off New York City and see what happens in the East River,” she added.

Science aside, light pollution has changed the character of the night skies. “Throughout human history, when people went out at night they found themselves face to face with the cosmos, at least on moonless nights,” Kyba said. “You would go outside and there were the stars, the Milky Way. It was there shining on you. And now that is a really unusual experience,” she expressed.

“This surely makes a difference for us when there are people who have not had that experience that used to be very universal,” he concluded.