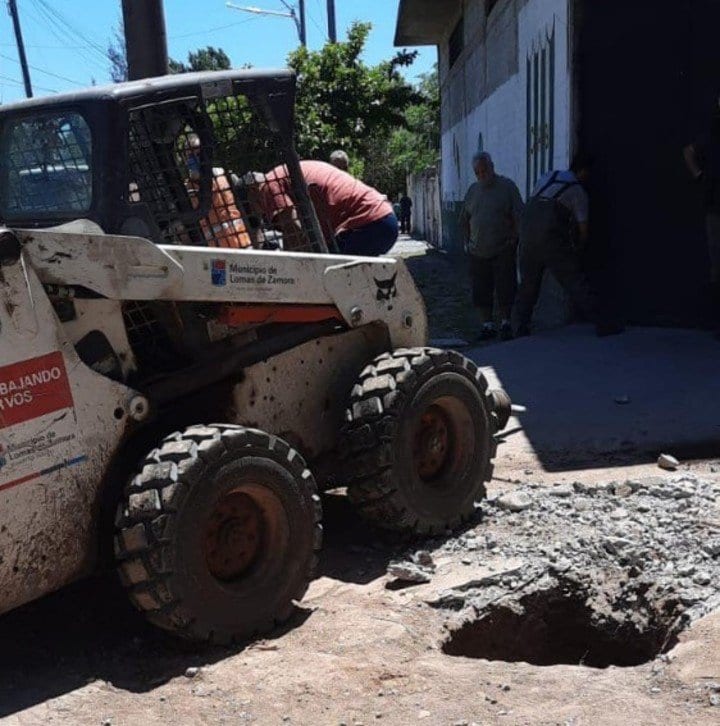 After almost 24 hours of work Firefighters and volunteers managed to rescue a puppy that had fallen into a sewer more than 8 meters deep and that out of desperation the dog continued to get lower than the asphalt.

The stray dog It had been under the pavement for more than two days, so it was necessary to use machinery to break the floor and part of the road to avoid doing any damage, according to El Clarín.

YOU CAN SEE: Russian vets implant bionic prostheses in abused dog for the first time [FOTOS]

The event occurred in West Banfield, Argentina, according to the residents, they had heard the barking and moaning of a puppy that had tried to jump, but ended up falling. And, to the concern of the neighbors, they notified the firefighters, who did a titanic job.

They had to break the street with a bulldozer so as not to hurt the dog, who was anxious and moved a lot. It is worth mentioning that the operation was carried out together with the Zoonosis area of ​​the municipality that at all times worked to reassure the animal and that after the rescue it received immediate attention.

YOU CAN SEE: Young worked as a bricklayer to pay for her studies and today she is entitled as a lawyer: “Don’t give up” [FOTOS]

Zoonosis Director Stella Maris Miranda said the dog had a happy ending and is in full recovery. Meanwhile, the Association of Volunteer Firefighters of Lomas de Zamora reported that they had to go down “for more than 20 hours” in the dog rescue, which had been left in the drain “through a storm drain.”

“It was necessary to carry out excavations and break pavement in order to remove it by using ropes and rescue items. It seemed something simple and simple, but it was complicated because the dog was not accessible, because it was in the part of the tubing. It was in a position that could not be removed, so part of the path had to be broken”, They detailed