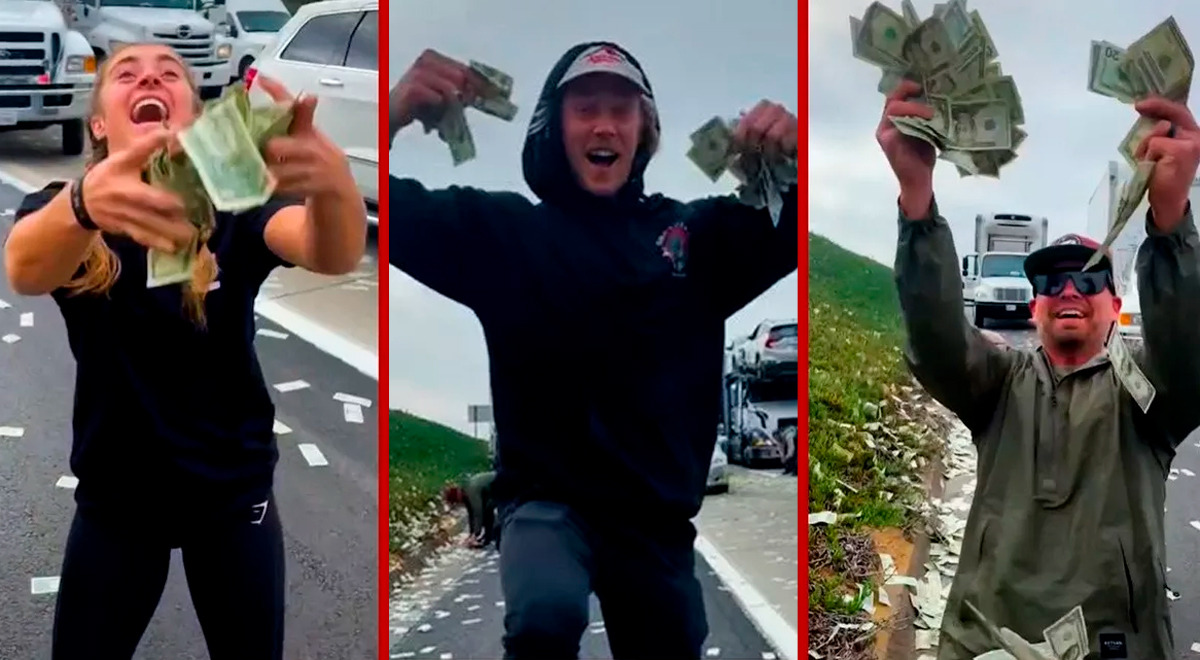 A highway in the United States was covered in money when the door of the cash truck was opened and bags of dollar bills flew down the street. The fact was taken advantage of by the people who ran in a hurry to take as much cash as possible.

The “money rain” occurred on Friday, November 19, on a major highway in San Diego, in California, which connects the Mexican border with Canada and Los Angeles with Seattle.

The road was completely blocked in both directions and many people parked their cars to pick up dollar bills from the ground, as evidenced by photos posted on social media.

In the images you can see some people running happily with cash in hand and others throwing bills into the air. Thanks to the material, these people have already been identified by the Police, and two are already arrested.

“We are now working with the FBI,” a police spokesman told local News 8. “If you have taken money, I recommend that you transfer it to the California Highway Patrol (CHP) office immediately, as we have a lot of evidence.”added.

Meanwhile, the San Diego FBI indicated that it was working closely with the Highway Police and advised people to “return all money to the CHP.”

A CHP Police Officer told the San Diego Union-Tribune that anyone who took the money could “face charges”. “If a bunch of televisions fall off a truck on the road, they can’t be lifted,” he said.