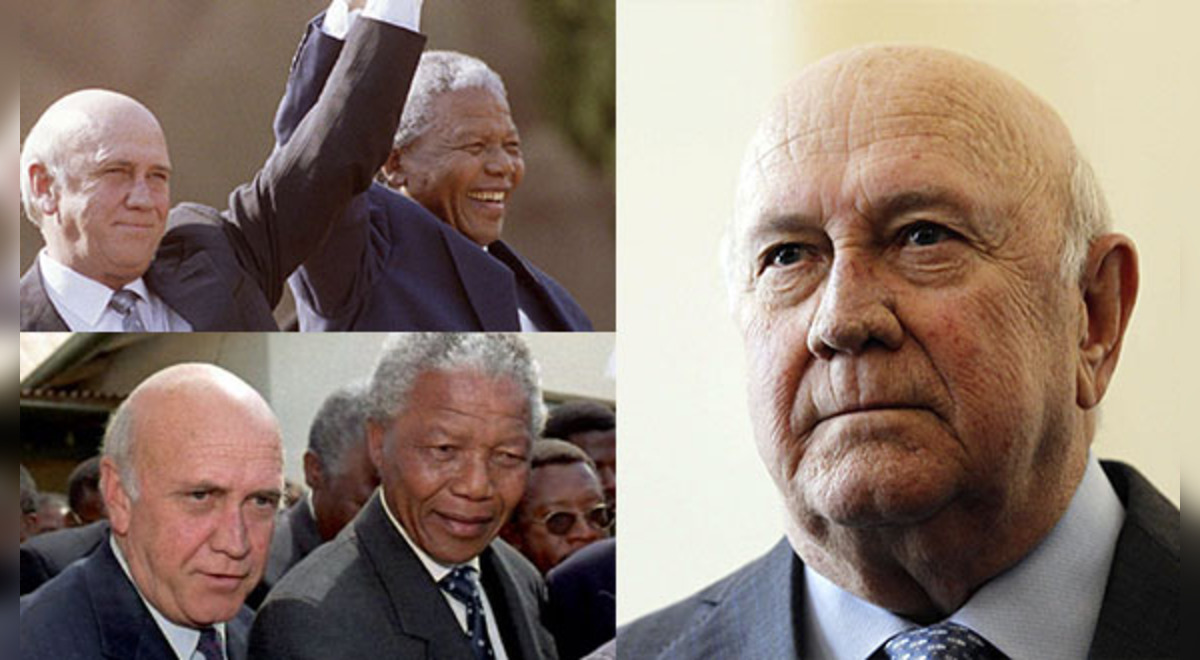 Frederik de Klerk, known as the last white president of South Africa, died this Thursday, November 11 at the age of 85. The former president is remembered for having freed the late activist Nelson Mandela, remembered for his fight against the racial segregation system (apartheid) in the country.

According to the France 24 media, the cause of his death was a terrible cancer that was damaging the health of the former head of state. As you remember, Frederik de Klerk announced that he suffered from the deadly disease in March of this year, arguing that it affected the tissues around the lungs.

“It is with the greatest sadness that the FW de Klerk Foundation announces the passing of former President FW de Klerk peacefully at his Fresnaye home this morning after battling cancer. He leaves behind his wife Elita, their children Jan and Susan, and his grandchildren, “confirmed his foundation through a statement.

Announced the end of ‘apartheid’ in South Africa

Klerk succeeded PW Botha as president after being weakened by a heart attack, at the time, the former president had a reputation as a conservative. However, on February 2, 1990, he announced the end of apartheid in South Africa, that is, the disappearance of the racial classification according to appearance.

“The time for negotiations has come”, was the phrase he gave at the beginning of the session in Parliament, where he announced the release of Nelson Mandela, who had been in prison for 27 years for fighting the racial segregation system. This decision resulted four years later in the first multiracial elections in the country’s history, where he won Nelson Mandela.

So much Frederik de Klerk like Nelson Mandela, they won the Nobel Peace Prize in 1993 for “their efforts towards the peaceful demise of the apartheid regime and the establishment of a new democratic South Africa.”

It should be noted that FW De Klerk confessed 20 years later that the decision he took prevented “a catastrophe”, since it brought whites out of their “isolation and guilt” and allowed black people to have access to “dignity and equality”.