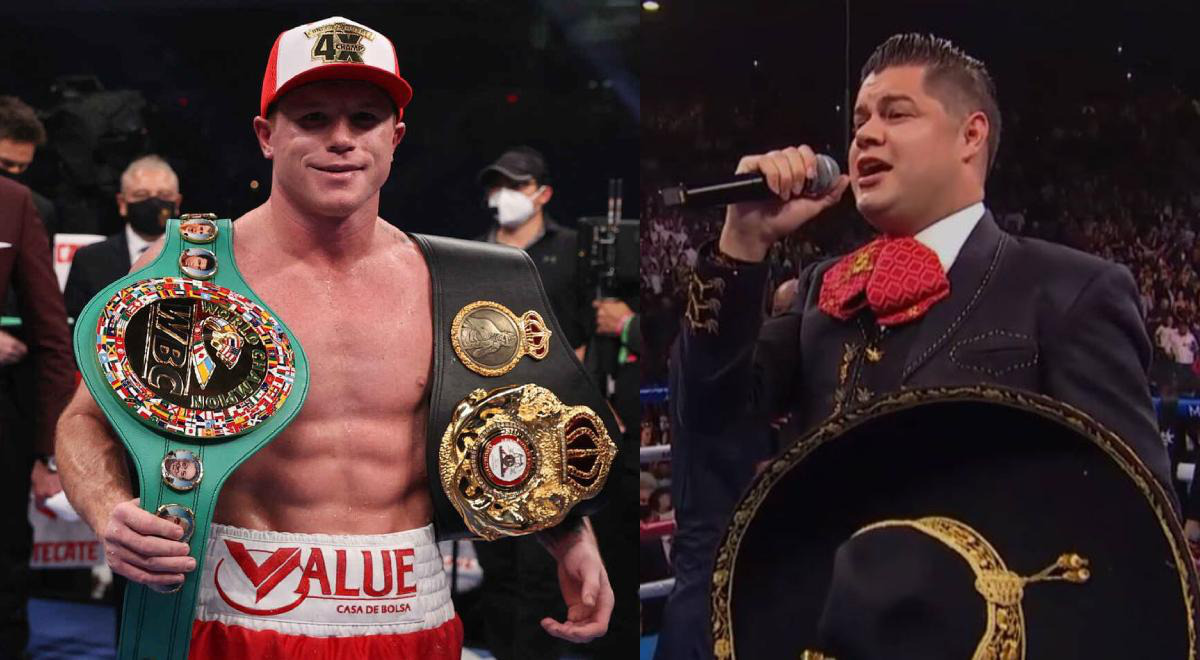 The confrontation between Saúl ‘Canelo’ Álvarez (Mexico) and Caleb Plant (USA) in the 168-pound category, had a luxurious presentation that surprised everyone who attended the MGM Grand in Las Vegas (United States) for see the last fight of the year of the Mexican.

Álvarez wanted to give a complete show and for this he commissioned his friend to sing the Mexican anthem. Mariachi dress, ‘Pike‘ Romero was introduced to the spectators and with his powerful voice he reached the hearts of his compatriots living in the United States.

Despite the fact that Romero lives in Los Angeles (LA), he has Mexican roots, which he demonstrated with his interpretation of the national anthem. The young ´Pike´ was recently nominated for the 2021 Latin Grammy Award in the category of best regional album.

The singer-songwriter is originally from Puerto Vallarta (Jalisco) and now lives in LA (California), where he produces and makes regional Mexican records. This year, he launched his first production under the title ‘Soy Mexico‘, produced and edited by himself, in which he marks his preference for vernacular music.

This album has songs that made stars like José José and Javier Solís famous, as well as five songs of his own.