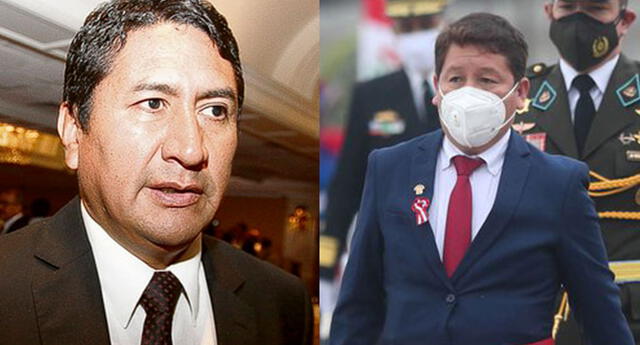 Monica Delta became a trend on Twitter after his interview with the President of the Council of Ministers, Guido Bellido, this Sunday, August 15, because he and the communicator starred in a tense moment during the last edition of the program Final point.

It all happened when Delta asked Guido if he expects to receive the confidence of Congress on August 26, when the entire Cabinet requests a vote of confidence.

“On the 26th I go with an approach to the development of the country and the challenges that must be met. How it seems to you, that already depends on our congressmen, there are 130 congressmen ”, the Chief of Staff defended himself.

before this Delta He reminded him that “there are several who want to see him outside”; to which he commented that this “is natural.” The journalist continued: “it is not natural that in a Cabinet that is just beginning they do not want their ministers.”

At that, he PCM holder He did not remain silent and replied: “You are a journalist with experience, 11 years on this channel. Do you know how many Peruvians want to see it outside of it? many, but that’s not why she’s going out, ”she said.

The Latina journalist did not remain silent either: “I am not responsible for the country, I am a journalist, I do my job and ask questions. You do have the responsibility of the country”.

Vladimir Cerrón on Guido Bellido: “I put my two hands on the fire”

The leader of Peru Libre assured that he supports the premier, despite the accusations he has for apology for terrorism and money laundering. “Bellido is not a terrorist. I can say and repeat that I put both my hands on the fire. He definitely isn’t,” he said at the outset.

“What is that here it has become customary to politicize justice. So, if I denounce you, I’ll be vetoing you for any political office any longer because I have a media artillery that is going to be in charge of deceiving the people,” he declared for Canal no.

The President of the Council of Ministers, Guido Bellido “regretted” the statements of the Foreign Minister, Héctor Béjar, and assured that he supports the Armed Forces and their fight against terrorism.

“From the PCM we reaffirm our respect and high regard for the armed forces and we recognize the effort they made in the fight against terrorism and for national pacification. We regret that some statements (from last February) by members of the Executive, ”wrote the premier.

Guido Bellido publishes a painting of him, but they troll him saying that it is a bad copy of Napoleon

The Premier Guido Bellido posted a portrait of him on his Twitter account, where he poses riding a horse in the same style as Napoleon. However, users did not forgive this comparison and made funny comments.

“You already have your painting like Alfonso Ugarte. Now you need to go to Arica for the second part”, “That horse looks Spanish”, “How about ego”, “A bad copy of Napoléon. And then they say that the alienated are the ones who They do not support Peru Libre,” said the users of the social network. 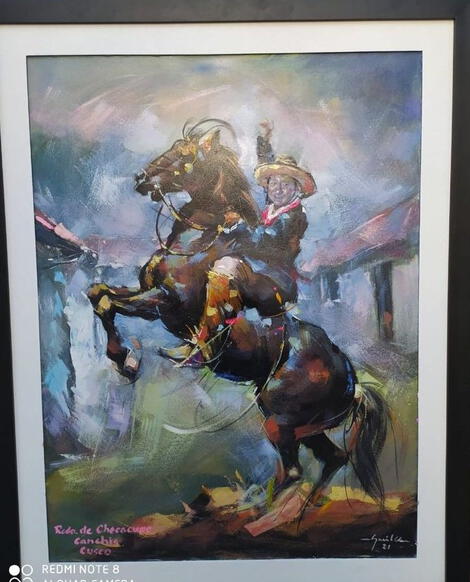 Guido Bellido and his debts in different financial institutions

Those were the words of the Prime Minister of Pedro Castillo aimed at companies in the country. Likewise, he mentioned that they must pay the corresponding amount to contribute to the economic recovery that was paralyzed by the pandemic.

“The companies, what they must do now, is put themselves in order, because we are not their friends. We are not going to hide them. We are going to demand that the companies that owe Peruvians make the effort to put themselves in the right position”, the president had mentioned. Premier Guido Bellido to Successful.

Guido Bellido: “Education must contribute to the industrialization of the country”

At another point in the interview offered to The Republicthe Premier Guido Bellido considered that the Government of Pedro Castillo should establish the path of quality education. Likewise, he indicated that this should lead to the industrialization of the country.

“The Government has to leave quality education. Education must contribute to scientific research, to the industrialization of the country. We must also strengthen agriculture. We want health, with specialized hospitals in each region, with a single quality system, with timely care,” said the premier. However, the Ministry of Science, Technology and Innovation announced by Pedro Castillo has not yet been created.

Pedro Castillo: about 50% of Peruvians disapprove of his management, according to Ipsos

A recent study carried out by Ipsos Peru revealed that close to 50% of Peruvians disapprove of the management of the President of the Republic Pedro Castillo, a few weeks after taking office. In addition, they maintain that the founder of Peru Libre, Vladimir Cerrón, is the one who makes the most important decisions of the Government. 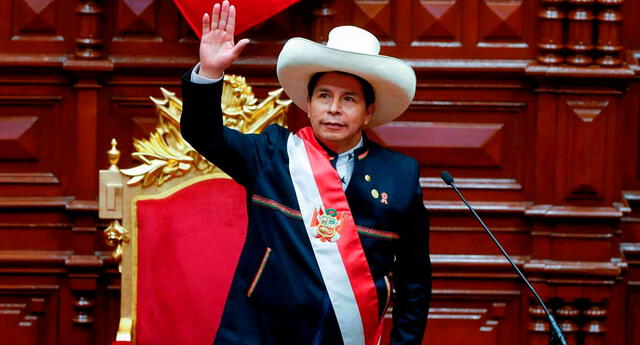 New bonus: Who would be the beneficiaries according to Guido Bellido?

Although the exact requirements to be a beneficiary of the 350 BonusPremier Bellido pointed out a few.

Is there a LINK available to collect the 350 bonus?

Guido Bellido It has not yet given more details about the official website that will be enabled to carry out the consultation and thus people can be beneficiaries of the economic subsidy. However, the registry of those who access the subsidy will be carried out by the Ministry of Development and Social Inclusion (Midi).