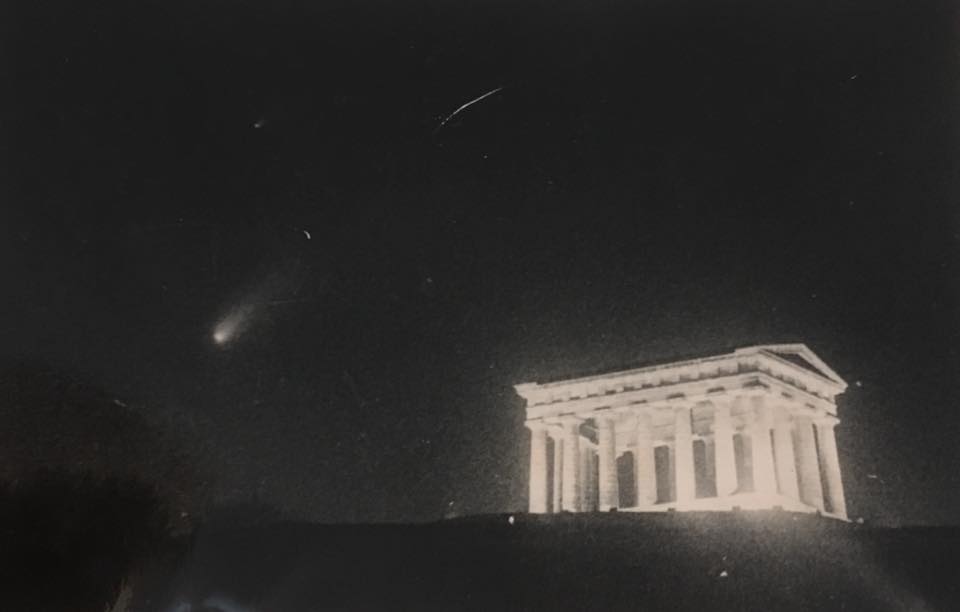 Halley’s Comet is the most famous of all the celestial bodies that visit Earth from time to time. The reason for its popularity is due to the fact that it is the only short-period comet that can be seen with the naked eye on each visit it makes, which is repeated approximately every 76 years. In other words, it is a phenomenon that you could see up to twice in your life.

Halley, officially named 1P/Halley’s Comet, is traveling in an elliptical orbit around the Sun and in the opposite direction to that of the Earth. At its closest point to the star (perihelion) it comes to be between the orbits of Mercury and Venus; while at the farthest (aphelion), it goes beyond the orbit of Neptune.

When did Halley’s Comet last pass?

On that occasion, scientists from different space agencies took the opportunity to photograph and study, for the first time in history, the structure and composition of a comet using spacecraft and other already operational probes, such as NASA’s Pioneer, the probes Vega 1 and 2 of the Soviet Union, among others.

The observation of Halley’s comet from Earth was not the best because the comet was found on the opposite side of the Sun from our planet. Even so, some observers in rural areas had a better view of the phenomenon at night, when the icy body was a little further from the star.

Halley’s Comet made its closest approach to Earth in 1986 and could be seen with the naked eye. Photo: Gordon Percival/Comet Watch

When will Halley’s Comet pass by again?

Halley will be seen again from Earth in July 2061 and will reach perihelion on the 28th of that month.

Compared to its 1986 appearance, Halley’s Comet will look better this time, as it will be on the same side of the Sun as Earth during its closest pass to the star.

In 2023, Halley’s Comet is beyond the orbit of Neptune, the last planet in our neighborhood, and is expected to reach its aphelion between November and December of this year. 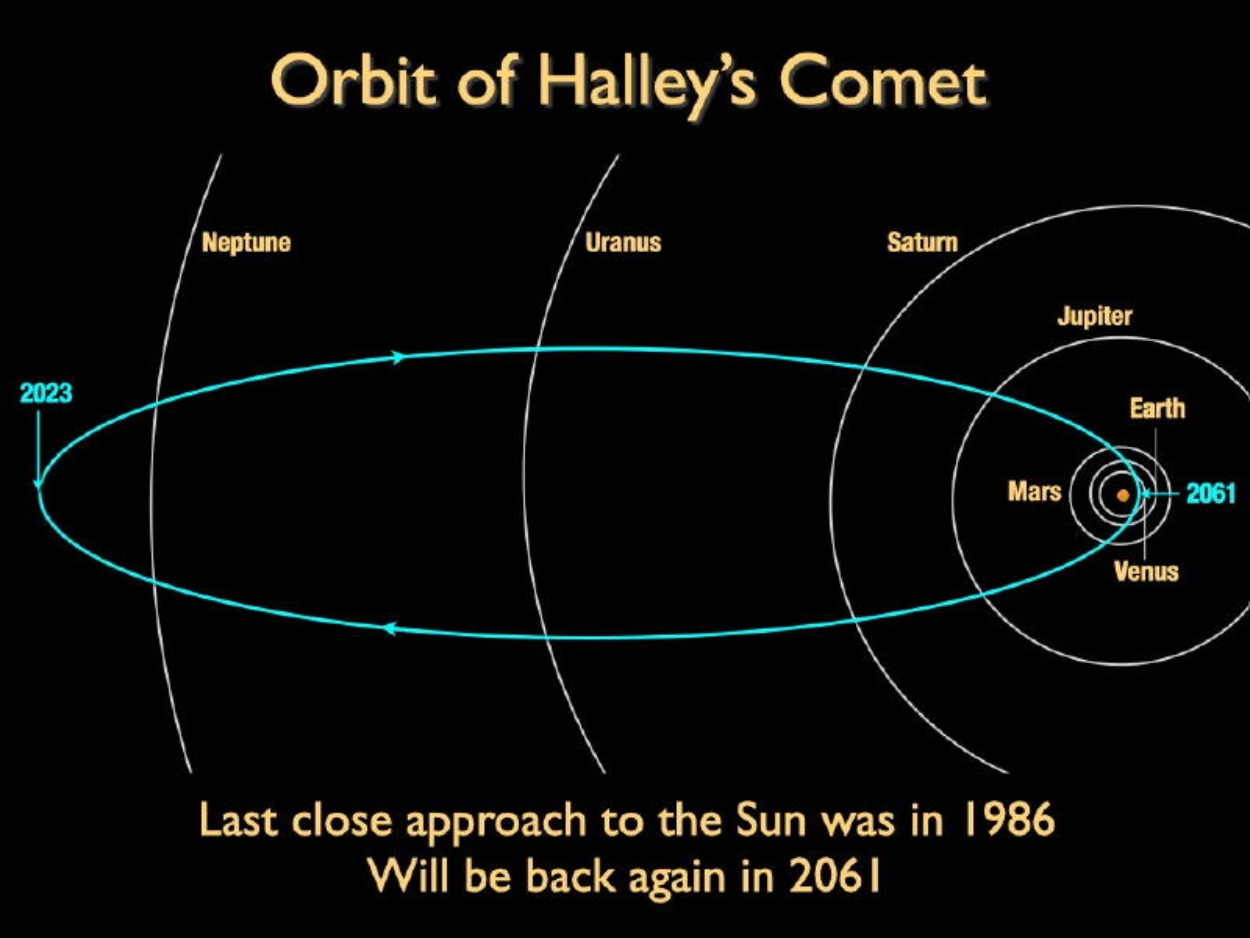 Current location of Halley’s Comet in the solar system in 2023. Photo: Earth Sky

With each pass through the solar system, heat from our star evaporates the icy surface of Halley’s Comet, causing it to spew out gas and dust in a giant tail, an astronomical spectacle humanity has seen up close for more than 2,000 years.

Although the first observations of Halley’s Comet date back to the year 240 B.C. C., at the time of the ancient Chinese, Babylonians and medieval Europeans, its discovery is attributed to the English astronomer edmund halley who was the first to determine that the object periodically visited the solar system.

Before that finding, scientists believed that comets only passed Earth once.

What meteor showers does Halley’s Comet cause?

Each year, the Earth passes through the cloud of debris left behind by Halley’s Comet at two different times, producing two showers of stars, also called meteor showers.

The first are the eta aquarids: they occur in May and are visible mainly in the southern hemisphere. The second are the Orionids: they happen in October and are observed from both hemispheres. 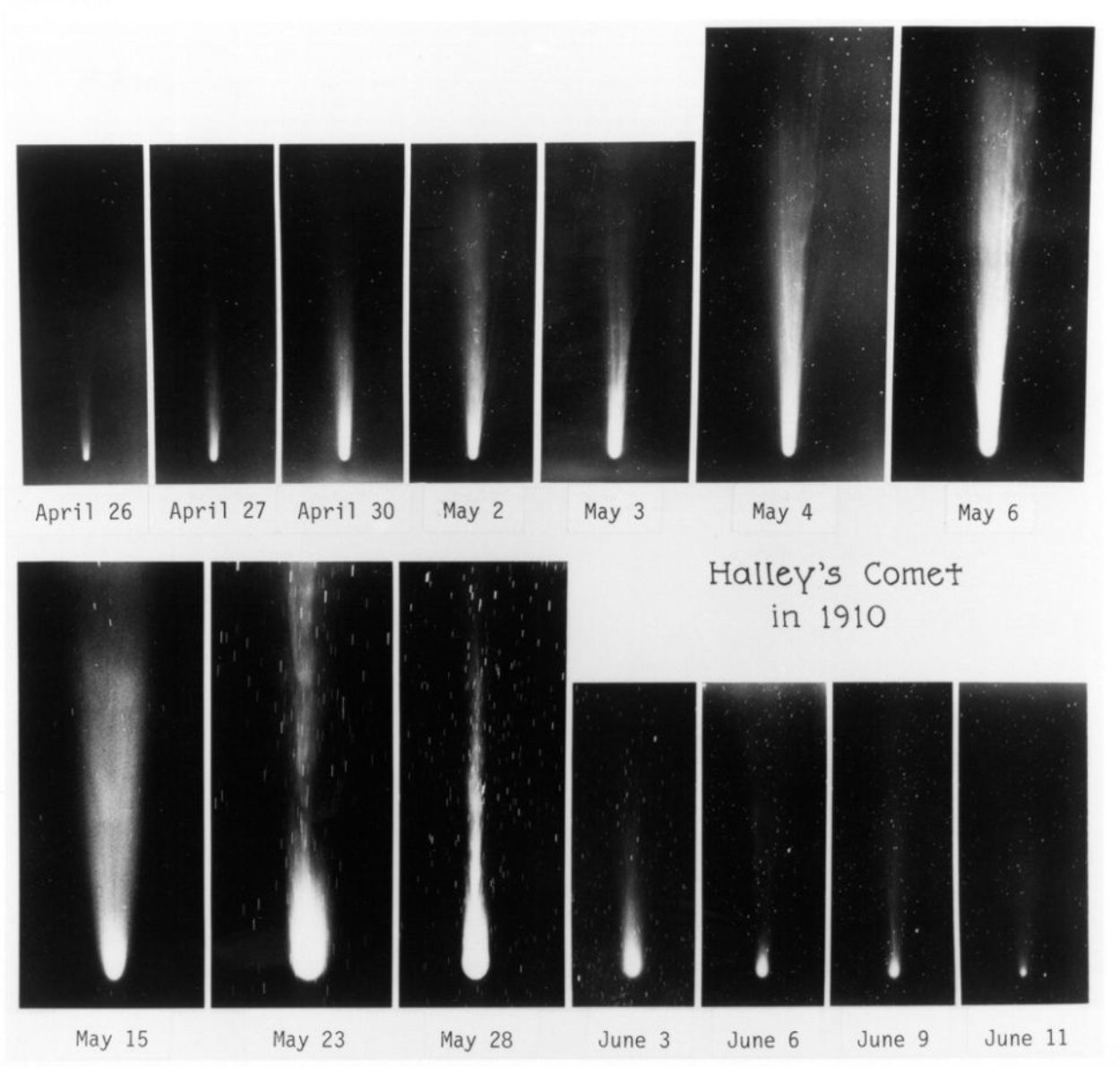 Series of photographs of Halley’s comet between April and June 1910, its penultimate passage through the Earth. Photo: NASA/JPL