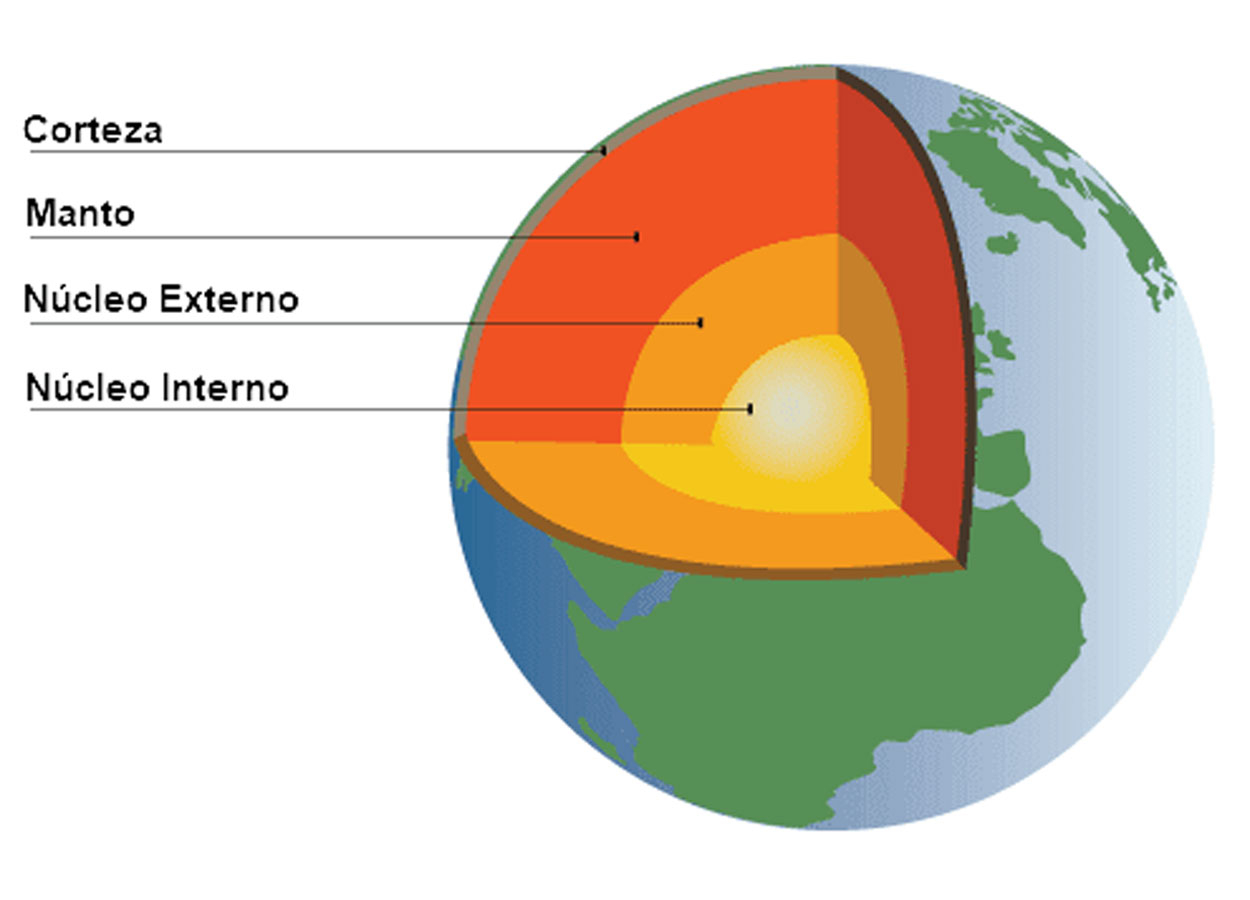 Undoubtedly, the most important scientific news these days is that the inner core of the Earth has slowed down and seems to have changed direction. A statement that generates impact, but also many doubts. Therefore, we will try to explain everything concerning this new finding and its effects on the rest of the planet.

The study in question was published in the prestigious journal Nature Geoscience, so it is not a hoax. But, before talking about what its authors found, let’s define the context.

What is happening in the center of the Earth?

First, let’s take a mental trip to the center of our planet: under our feet is the earth’s crust, about 35 km thick. Then comes the mantle, which consists of 2,890 km of minerals in a solid and viscous state. This shell envelops a 2,270 km deep sea of ​​iron and nickel, the outer core, at the center of which is the inner core, a solid sphere 2,400 km wide composed of the same metals, at a temperature of 5,200 °C, almost as hot as the surface of the Sun.

The internal structure of the Earth has been mapped thanks to the waves emitted by earthquakes, since exploring these layers directly is impossible for our current technology. The deepest we have managed to drill is 12 km (Kola hole, Russia), just a third of the way into the mantle.

In 1996, analysis of seismic waves traversing the globe revealed that the Earth’s inner core rotates faster than the crust, in the same direction (to the east).

What have they discovered now?

Yi Yang and Xiadong Song, seismologists from the Peking University (China)analyzed two hundred earthquakes that occurred near the South Pole between the 1960s and the present, whose waves were captured by stations in Alaska, near the North Pole.

The researchers observed that, in recent years, the seismic waves did not arrive with the variations detected in the 1990s. Thus, the analysis of the entire data set showed that in 2009 the inner core stopped: it began to spin at the same rate as the bark and then slowed down even more. 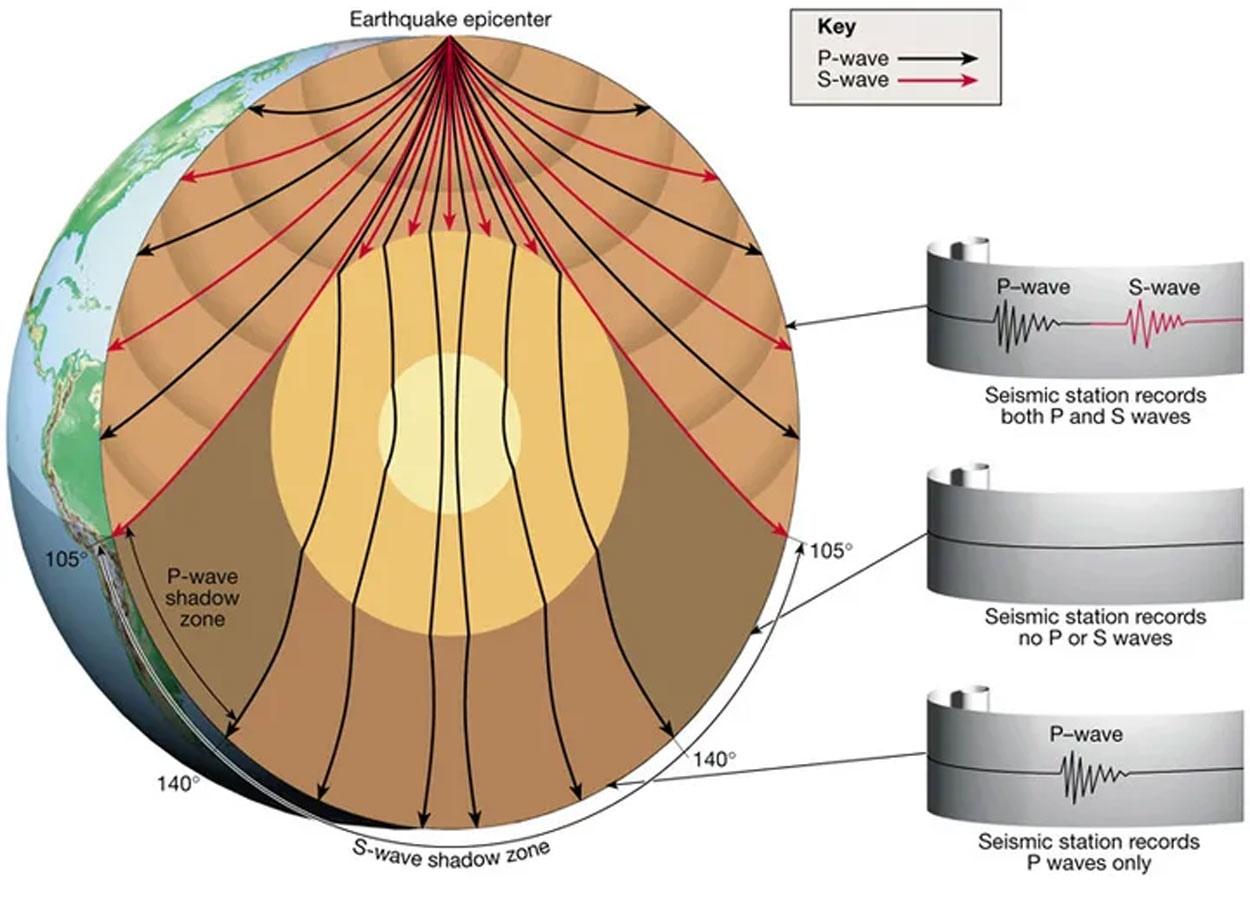 Seismic waves are disturbed as they pass through denser material. Image: Beckersfield College

Since in the 1970s it was detected that the nucleus had a similar stoppage and began to accelerate, the authors of the new study infer that this structure has a oscillation cycle lasting 70 years approximately, the period in which it first accelerates and then decelerates.

Has the kernel stopped? Change of address?

Now how do we arrive at the statement that the nucleus stopped or changed direction? The key is in the reference point.

When the core rotated faster than the crust, from our perspective, this metallic sphere was moving towards the east. Then, by the time he slowed down to our pace, we would have seen him stop. And now that it rotates slower, we would see it moving in the opposite direction (to the west).

Effects on the planet

According to the study, these changes in the movement of the inner core have an influence on the speed at which the rest of the planet rotates on its axis and, therefore, affect the length of the day.

Although the Earth rotates more and more slowly due to the interaction with the force of gravity of the Moon, in recent years this trend has been reversed, so much so that since 2016 another ‘leap second’ has not been announced, which is it added to universal time at the middle or end of the year to compensate for the surplus of days that had elapsed. 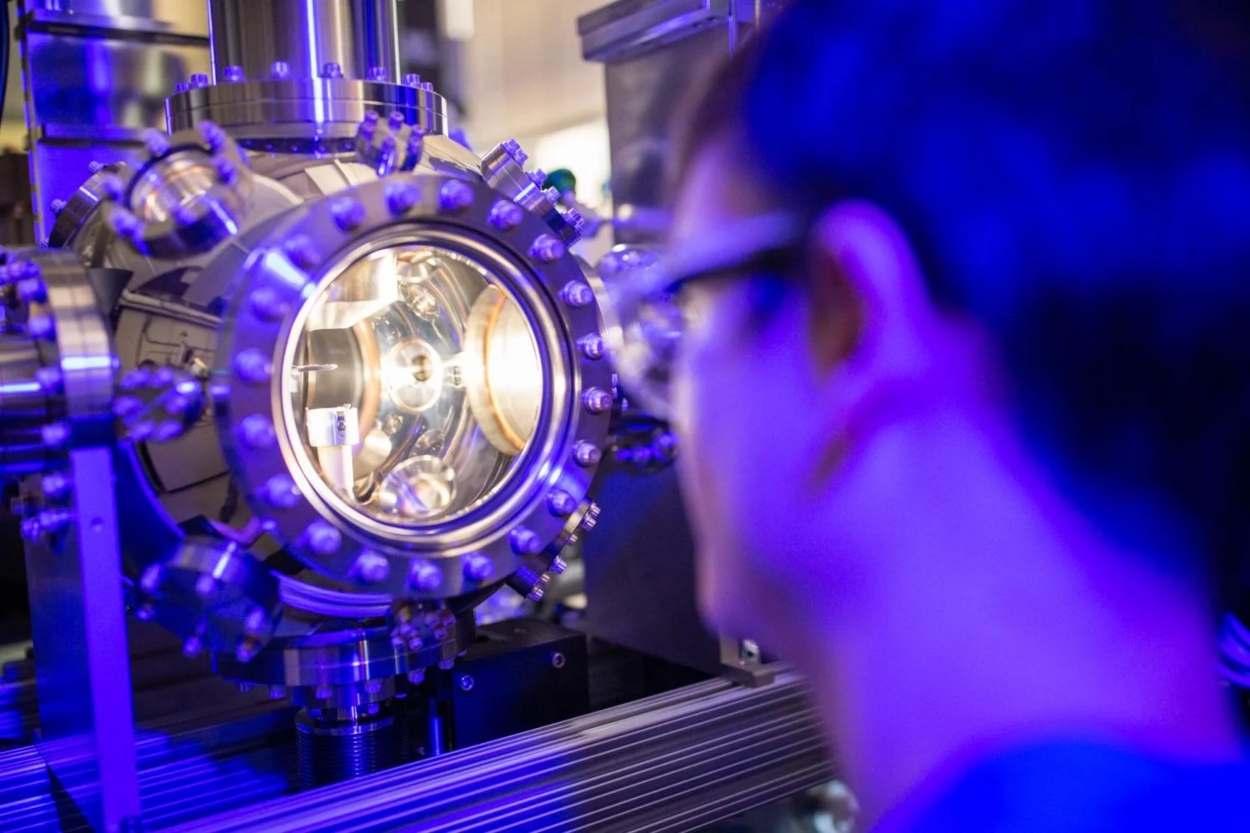 Atomic clocks are so precise that they detect the smallest changes in the length of the day. Photo: University of Colorado

According to the researchers, the change in the movement of the nucleus can make the day a thousandth of a second longer or shorter, depending on its rotation speed with respect to the rest of the planet.

Another consequence described has to do with the Earth’s magnetic field, which is generated by the movement of liquid iron and nickel around the solid sphere in the center.

In recent decades, a weakening of the magnetic field has been observed, which functions as the Earth’s shield against powerful solar flares. Likewise, a drift of the magnetic north pole from Canada to Siberia has been verified. 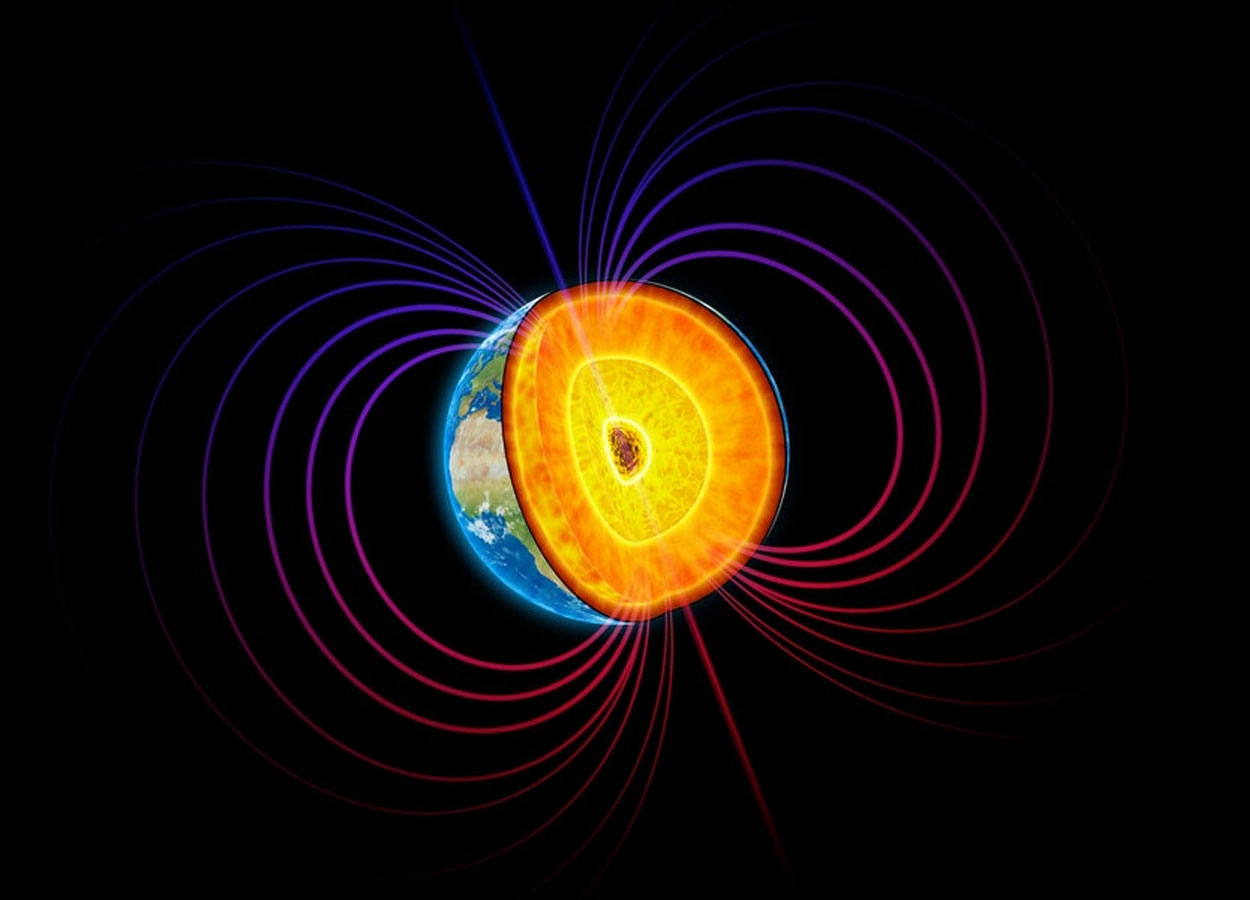 The core and the rotation of the Earth generate the magnetic field. Image: Cosmos Magazine.

A more hypothetical claim by the authors is that the change in velocity in the inner core may cause deformations in the Earth’s crust, which could be contributing to the changes in sea level.

Both the aforementioned effects and the existence of this oscillation cycle will be studied in subsequent years. Confirmation from him would mean a huge step towards our understanding of Earth’s deepest secrets.

However, it still needs to overcome some discrepancies. For example, a study published in 2022, based on analysis of seismic waves from the 1970s, concluded that the inner core changes its spin every six years.

In any case, the mystery of the center of the Earth is far from being solved. More and more surprises emerge about this Pluto-sized ball. And it is possible that more secrets will emerge as more advanced methods are developed to peer into the depths of our planet.