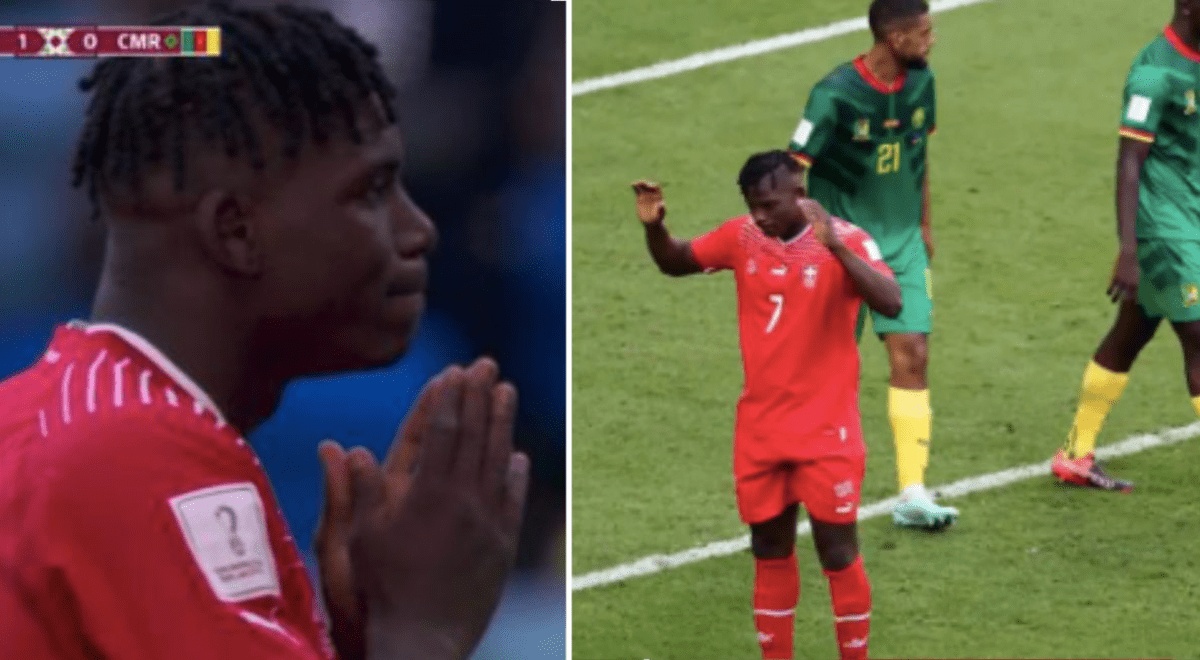 The Qatar 2022 World Cup gives us great emotions and extremely moving moments. This Wednesday the duel Switzerland vs. Cameroon and one of the players starred in an emotional moment in the middle of the game.

This is Breel Embolo, a 25-year-old selected from Switzerland, who had to play one of the most difficult matches of his career, as he had to face Cameroonyour country of origin.

In the 48th minute, the 25-year-old attacker became his team’s hero after scoring the first and only goal for Switzerland against African rivals in the Group G debut game for the World Cup Qatar 2022.

While it caused Swiss fans to erupt with excitement at the Al Janoub Stadium, Breel Embolo surprised with his reaction after opening the scoring in the first half of the game.

Switzerland vs. Cameroon: How did Breel Embolo react after the goal?

Embolo scored the goal for Swiss and decided not to celebrate the score against Cameroon, his country of origin, which he decided not to defend at the football level. All he did was raise his hands and apparently apologize to his family.

The player’s gesture moved millions of people around the world who were waiting for the World Cup match. Next, we share the precise moment shared on social networks: