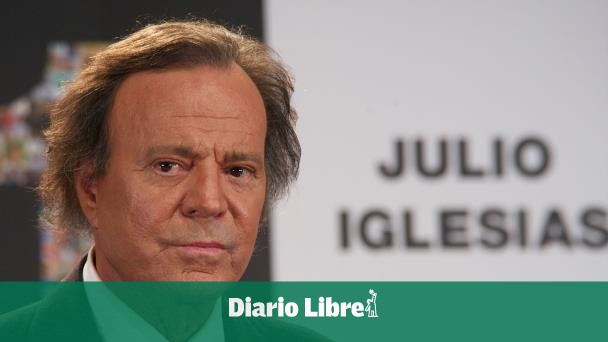 Julio Iglesias turns 79 this September 23, as a living reference of the music in Spanish and rumors of health problems.

His physical state has been speculation these months ago. Even an Argentine journalist, Jorge Rial, assured that El Puma, Julio’s great friend, had told him that he was in a wheelchair and had “a little memory problem”, a confidence that shortly after the singer Venezuelan denied having done. But the alarms continued to the point that his intimate Ramón Arcusa declared that he “is in top form, he swims, does gymnastics and is more lucid than ever.”

At the end of August, the Julio Iglesias, denied on his Instagram the rumors that continue to circulate about his state of health. That they were shot after that photo published in 2020 where he was seen walking with great difficulty helped by two women, although he later explained that he had broken his tibia and fibula in a fall.

“They have said that I have died, that I am in a wheelchair, that I have Alzheimer’s… but I am perfectly fine, wanting to enter a studio and continue making paths to sing,” Julio pointed out a few days ago, emphasizing: “I am alive and kicking, I have no problem and… you know it”, paraphrasing in that ending with humor the meme of his that has gone viral, with which he says to die of laughter.

As the Spanish newspaper “El mundo” reviews, Julio has always been bothered by being in the news for reasons unrelated to the music, where he insists that he still has a way to go. Among the projects he has planned do a tour in 2023, when he will be 80 years old, as well as recording an album of his songs with new arrangements. He is also in contact with a Colombian writer to publish their memoirs and even considers accepting some of the offers he has received from television platforms to shoot a series about his life.

How much is your fortune?

Julio Iglesias, 750 million Euros, ranked #38 of the richest in Spain, according to Forbes

In his more than 40 years in the world of musicIglesias has generated an incalculable fortune, which is made up of, among others, his real estate businesses in Punta Cana, where he owns several developments, golf courses, hotels and even an international airport.

His mansion in Punta Cana, which he bought for 24 million dollars and which had to be rebuilt in 1999 after being partially destroyed by a hurricane, is added to his luxurious house in Indian Greek, an island located north of Miami, which cost him 15 .2 million dollars and his farm ‘Cuatro lunas’ in Ojén, Marbella.

Their paradises with ocean views are completed with an entire island in the Bahamas of which the exact value is not known. It also has a chain of restaurants, a brand of vodka, the Cover Girl cosmetics line, some sparkling wine cellars called cava in which it invested 35 million dollars, and a private plane that it also acquired for 35 million dollars.