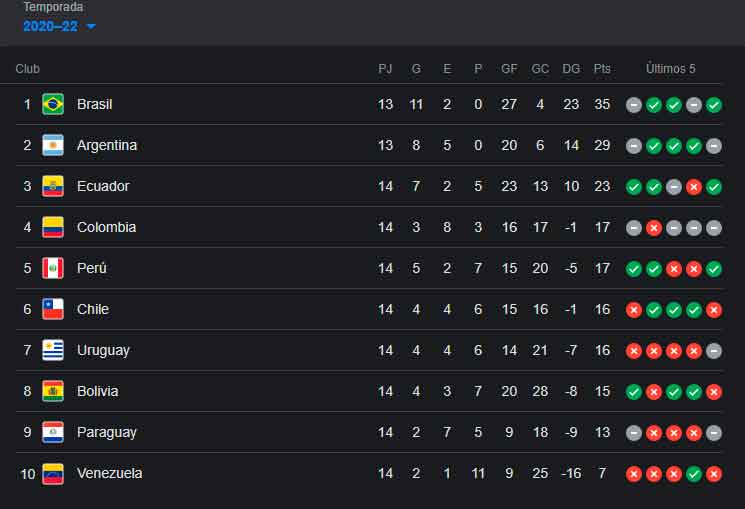 On a day like today but next year (November 21), the Qatar 2022 World Cup will begin, the most important sporting event that the planet will experience, in which there are already 13 countries that have ensured their presence and 19 teams that will leave the soul , until next March, to be part of the World Cup party.

On November 21, 2022, the first match of the World Cup will begin, but first know how the table of positions of the Qatar 2022 Qualifiers goes on the continents.

As is known, in South America there are 10 countries that belong to the attached body of Conmebol, so FIFA gives it four direct quotas and the fifth goes to the playoffs or play-offs.

In that sense, Brazil and Argentina are already classified in the absence of four games to play; Only two more teams will enter directly and one (fifth) will seek to play the extra game.

The Qatar 2022 qualifying for Europe they finished and they met more classified to the World Cup. Also, next year there will be a definition among those who reached the repechage to find out who will join the World Cup event or watch it on TV.

It is worth mentioning that in Europe the format is as follows: there are 10 groups (from A to J) in which only those who occupy the first place of each bracket reach the World Cup and the second ones enter the repechage.

In the Concacaf a different format is disputed to Conmebol and UEFA, because the countries classify in rounds until they reach the “final round”, in which only eight teams arrive. Only three of the eight nations will Qatar 2022.

In Africa you suffer a lot to go to Qatar 2022 World Cup, because there are 54 countries that fight each other to enter the top five and go to the World Cup. The African Football Confederation (CAF) has three preliminary rounds to later define the qualifiers. Here are the ten countries that qualified for the last round, who will then face each other to have the five combined in Qatar.

On the Asian continent, countries have to play three rounds before qualifying for the Qatar 2022 World Cup, in which only four will go directly to the World Cup and the fifth will play the repechage. 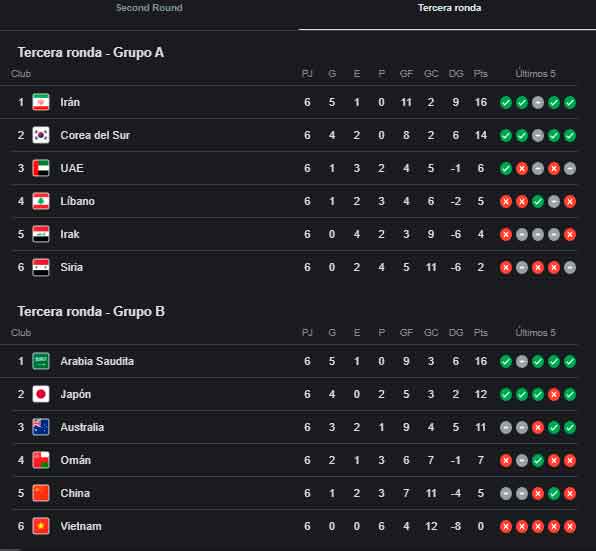