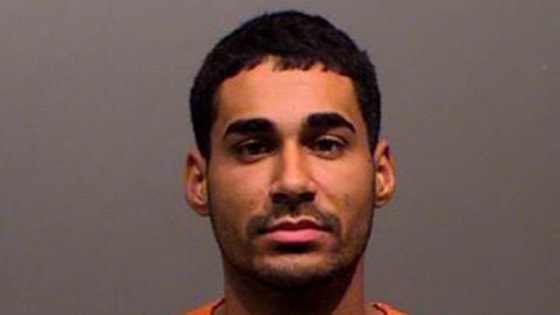 In an interview with Telemundo speak Rogel Aguilera-Mederos, convicted of causing a traffic accident in 2019 in which four people died and another 10 were hospitalized due to burns. “I would have rather died than those people, and God knows I’m telling the truth. God knows how many times I’ve asked him why they and I don’t“, said.

According to the 24-year-old Cuban man, he lost control of the brakes despite trying to use emergency brakes, hit other cars, damaging 28 cars. In addition, he indicated that that morning he went through the inspection and found no faults in the vehicle.

“I want to tell those families [de las víctimas] than that it was never intentional, never“said the young man of Cuban origin through tears,”I would like to speak with them face to face, tell them that I am very sorry and forgive me“he added.

It is worth mentioning that, after this tragedy, he is imprisoned and with 27 charges for which he hopes to hear his sentence, including vehicular homicide in Colorado, USA.

“God knows how I am, I would not call it repentance, I would call it that I would have preferred to die before those people and God knows that I am telling the truth“he insisted.

Aguilera-Mederos admitted that he “had no experience” driving in the mountains and said that he had never run out of brakes before. Finally, he also assured that there is no training to face these types of situations: “Your heart is racing, your hands are sweating and you don’t know what to do“.