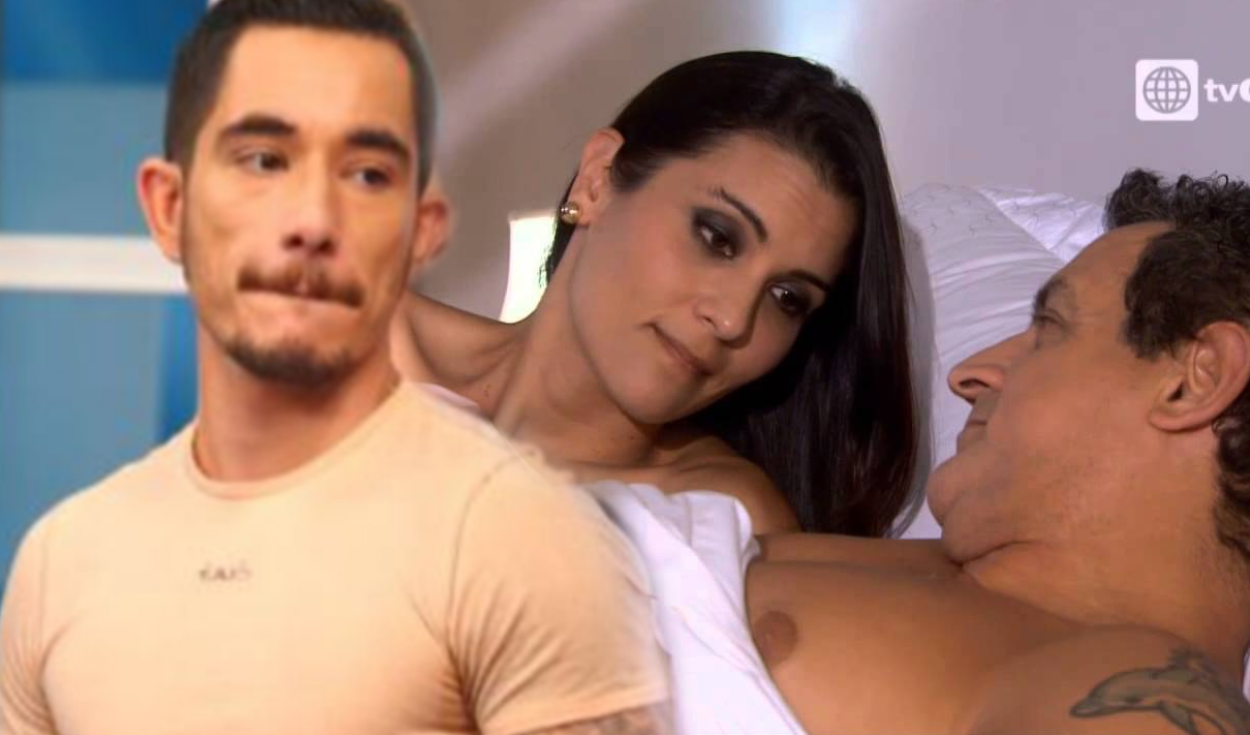 Ursula Boza She is the interpreter of the main antagonist of “At the bottom there is room.” Claudia Zapata He is one of the most recognizable characters on all of Peruvian television. His evil deeds have haunted the Maldinis and the Gonzales for several seasons. At the beginning of the series, the “Shark Look” had an affair with “Nachito”, for which they had to share kisses and other signs of affection on several occasions. Christopher Gianottiex-partner of Ursula Bozatalked about the scenes.

YOU CAN SEE Úrsula Boza rules out creating Onlyfans: “I don’t feel comfortable with someone else seeing my naked body”

The ‘chapes’ of Úrsula Boza and Sergio Galliani

In the podcast “Coneros” they talked with Christopher Gianotti, who was asked, in a very sarcastic tone, about the kisses between Úrsula Boza and Sergio Galliani in “Al fondo hay sitio”. “Is it true that you get to the pin *** Sergio Galliani, alias ‘Nachito’, because he stopped ‘charging’ your ex-wife?” Questioned one of the drivers.

“That was one of the reasons why I really broke up,” the actor replied. Following this, he described the kisses that were given, some “with tongue or without tongue.”

YOU CAN SEE Úrsula Boza revealed that she suffered from depression after separating from Christopher Gianotti: “I weighed 47 kilos”

The moment Christopher Gianotti announced his separation from Úrsula Boza

In the program that he presented in 2015, Christopher Gianotti announced that he separated from his, then, wife Ursula Boza. “With Úrsula we made the decision, not from now, but from a while ago, to each take their own path. We have two daughters. She is now pregnant and about to give birth, and we have come to the conclusion, for the good of ourselves and our daughters, to each go their own way,” she said.