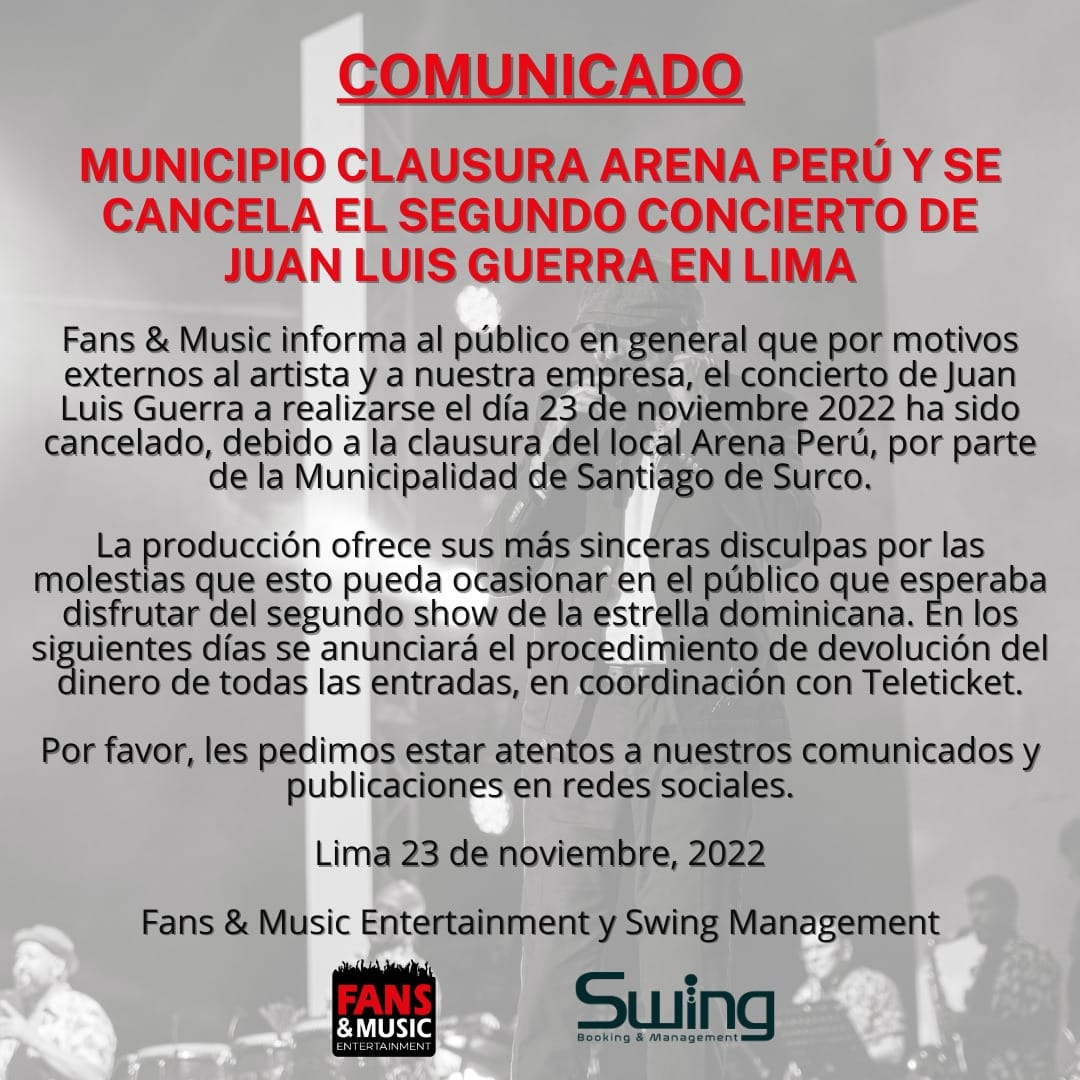 Thousands of Peruvian fans are outraged after the poor organization of the first concert of Juan Luis Guerra where dozens were left without being able to enjoy the show. However, few imagined that the artist’s second presentation would be cancelled.

YOU CAN SEE: Evelyn Vela COULD NOT ENTER the concert of Juan Luis Guerra and a STRONG COMPLAINT is performed: “What a scam!”

This Wednesday, November 23, the Surco Municipality He made the radical decision to close the Arena Perú venue and as a result, the Dominican singer’s show was cancelled. Now, the producer of the event comes forward and apologizes to those affected.

“Fans & Music Entertainment informs the general public that for reasons external to the artist and our company, the Juan Luis Guerra concert to be held on November 23, 2022 has been cancelled, due to the closure of the local Arena Perú, by the Municipality of Santiago de Surco”, reads at the beginning of the statement.

“The production offers its most sincere apologies for the inconvenience this may cause to the public that was hoping to enjoy the second show of the Dominican star. In the following days it will announce the refund procedure for all tickets in coordination with Teleticket. By Please, we ask you to be attentive to our communications and publications on social networks,” he added.

YOU CAN SEE: Juan Luis Guerra in Lima: Fans even carry the national flag to the Arena Peru [FOTOS]

They raised their voice in protest! Dozens of people who have been harmed by the irregularities that Teleticket would have carried out with the excess capacity of the concert of Juan Luis Guerra They have decided to use social networks to attack the company for alleged fraud.

“They have not let us go to the Juan Luis Guerra concert because there was an overcrowding in the Arena Perú. Many of us have stayed outside, we demand the return of our money #Teleticket and producer Fans & Music,” denounced a netizen on her Twitter account.