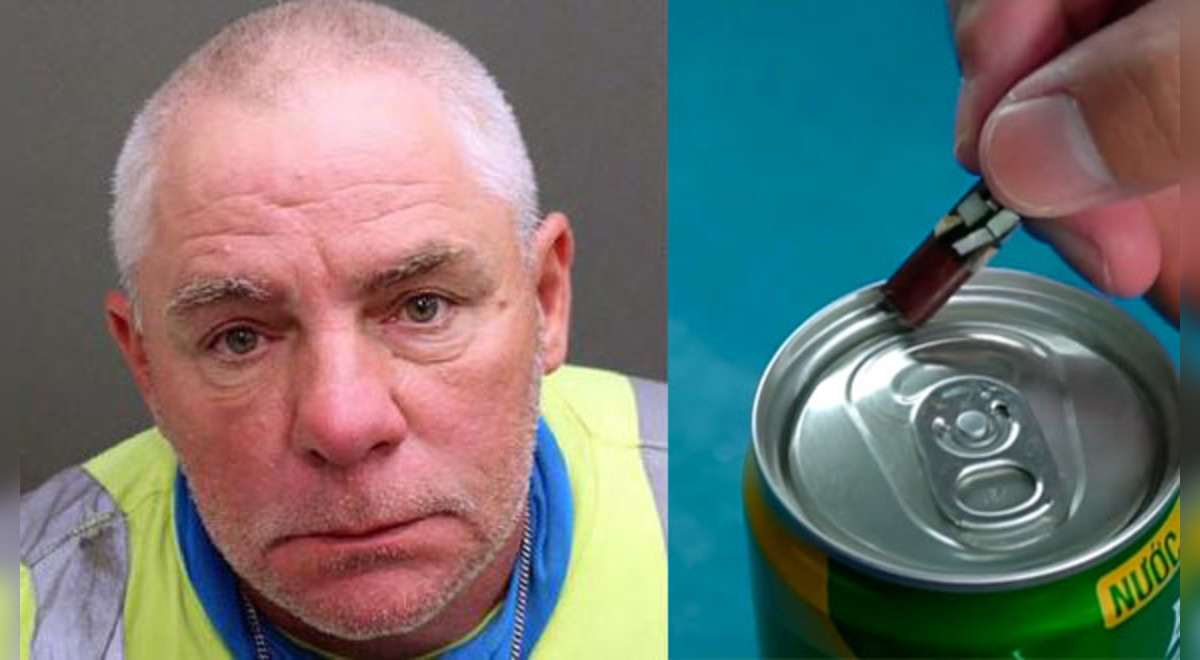 A subject who had committed a crime 25 years ago and had remained at liberty without receiving a just sentence in the United States, was arrested by the police after a can of beer reported him to the authorities. How so? Here we tell you the story.

Is about Kenneth Stouhg Jr., 54, who stabbed to death a young Orange County store worker, identified as Terence Leslie Paquette, in 1996. However, the subject evaded justice by having no evidence to prove his guilt.

But as the saying goes, justice takes time, but it comes. That happened to the individual who was captured by the United States Police after 25 years with a unique piece of evidence against him: a can of beer.

How did a can of beer solve the case?

The authorities investigating the case managed to uncover a clue thanks to a genealogical database at the crime scene. From there it was possible to identify the suspect Kenneth Sough Jr, who lived with his wife Carol Ann Crawford.

After obtaining his address, the officers tried to have conclusive evidence to show that it was the murderer and, luckily, at that moment the subject was drinking a beer outside his home.

Once the container was thrown away, the authorities took the can and ran it through DNA tests, which confirmed their suspicions, as they coincided with the same blood samples from the crime scene that occurred in 1996.

According to local media, the man stabbed his victim several times in one of the bathrooms there. Brian Savelli, County Detective Orange, stated: “The man was stabbed 73 times. More on his torso, and his throat was really cut. It was a very gruesome and violent scene. “

Although evidence was found at the crime scene, the investigations were limited by a technology issue. Over the years, the situation was different and now the defendant faces charges of murder and robbery with a weapon.

It should be noted that the Police of USA He referred to the case and stated: “The fact that we do not make an arrest in a case in a day or a few weeks or even a few months does not mean that we renounce our victims and their families.”