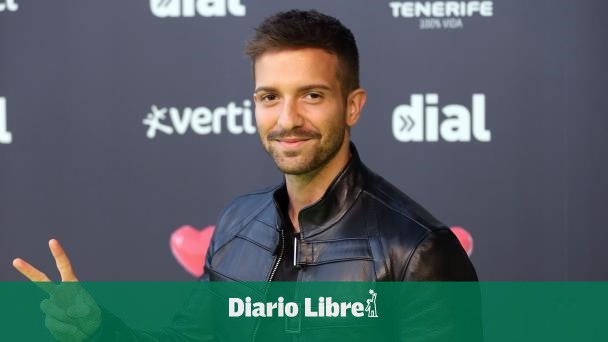 The best-selling Spanish musician Pablo Alboran announced this Wednesday through his record company Warner Music that his new album, “The Fourth Sheet”, will be published on December 2, two years after the experimental “Vertigo” (2020).

What will be the sixth studio album of his career will include eleven songs with great collaborations, among which are the well-known single “Rain on Wet” with Aitana and Álvaro de Luna.

In addition, he will perform a song with the Spanish Ana Mena entitled “Ave de Paso”, another with the Argentine María Becerra called “Amigos”, one with the Mexican Carín León in “Viaje a nada lado” and another with the young Leo Rizzi in “4U”.

This new work deals with the importance of friends and looking at life from a positive point of view regardless of events.

After touring all of Spain with a show in which he returned to the short distance from his beginnings, Alborán will start a tour of Latin America in October, with stops in cities such as Buenos Aires (October 17 and 18), Santiago de Chile (October 21 and 23 October), Bogotá (October 27) or Mexico City (November 5).

Later he will travel to the US, where he is scheduled to play in Los Angeles (November 9), San Francisco (November 13), Miami (November 19), New York (November 20) and San Juan de Puerto Rico. (November 23). EFE