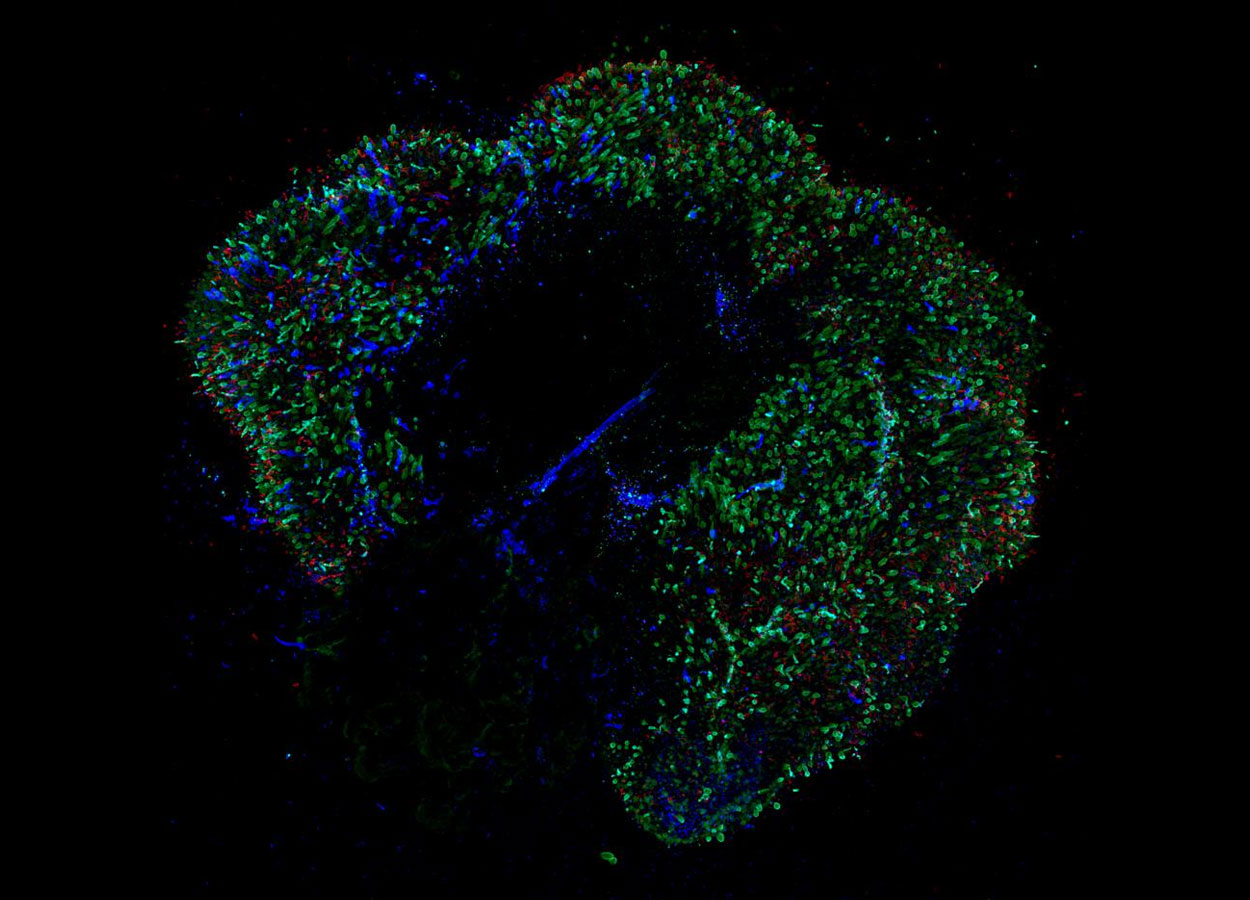 A team of scientists from the University of Wisconsin-Madison, in the United States, has succeeded in making lab-grown retinal cells reconnect after being separated from their growth environment, a significant step for transplantation in patients with eye diseases that affect this part of the eye.

The retina is the inner layer of the eye made up of structural units that capture light and transform it into signals that the brain interprets as vision.

In 2014, the team began growing organoids (clumps of cells) from stem cells that have a similar structure and function to the retina.

Subsequent studies showed that they could respond to different wavelengths and intensities of lightas well as establishing connections with neighboring cells.

In the new research, published in PNAS, the scientists wanted to find out if these building blocks would be ripe for eventual transplantation.

“We wanted to use the cells of these organoids as replacement parts for the same cell types that have been lost in the course of retinal diseases,” explained ophthalmologist David Gamm, lead author of the study.

“But after growing in a laboratory dish for months as compact clumps, the question remained: will the cells behave properly after we separate them? Because that’s key to getting them into a patient’s eye,” she continued.

So the team separated the groups of cultured structural units and watched as they reconnected via extensions called axons and exchanged chemical signals, a process called synapse.

“We’ve been building this story together in the lab, piece by piece, to build confidence that we’re going in the right direction,” Gamm said. “It all leads ultimately to human clinical trials, which are clearly the next step.”

The retinal cells that formed the most synapses were the photoreceptors, which are lost in diseases such as retinitis pigmentosa and the macular degeneration related to age, and lymph nodes, whose replacement may be useful for the treatment of glaucomaa disorder that damages the optic nerve that connects the brain to the eye.