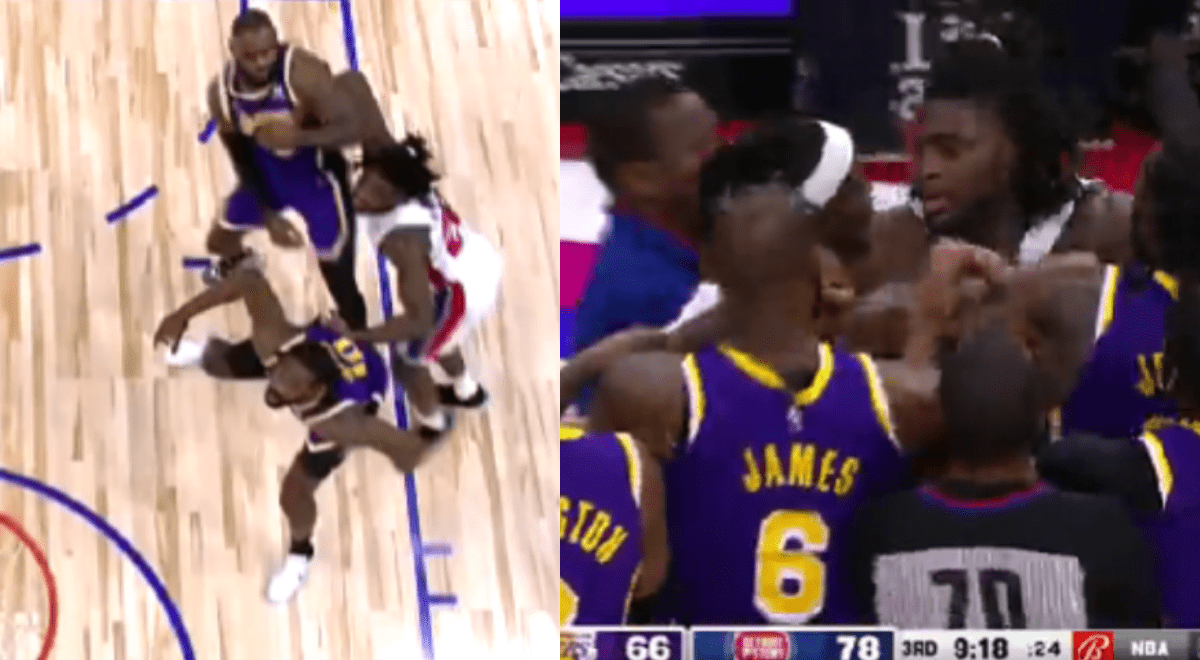 An unfortunate event happened this Sunday between the Lakers and Pistons in a duel valid for the NBA. The Los Angeles franchise was visiting Little Caesars Arena and had a free throw going for them nine minutes into the third quarter. However, it was at that moment that the game took a back seat.

What happened? TO Lebron James he did not like how he marked it Isaiah Stewarty did not hesitate to elbow the Detroit franchise center in the face, who reacted instantly and went to rebuke the living legend of the NBA for his action.

From that moment on, everything got out of hand. The basketball players from both teams tried to calm the players down, but Stewart he was very angry and it seemed that no one could control him. The security officers had to contain him between four people.

For its part, Lebron James Other guards surrounded him. However, the pivot of Pistons He would not give in and only wanted to return the attack to ‘King James’ because his face was bloody. On more than one occasion he threatened to calm down (as soon as they released him, he returned to look for the Lakers).

After several minutes and after intense efforts by the security officers and also with the support of the other basketball players, it was possible to take to the changing rooms to Stewart, who was very upset and mortified.

Finally, both athletes were expelled and a harsh sanction is expected from the organization. It is worth mentioning that, in his 18 seasons in the NBA, Lebron he had only been expelled once. Lakers returned home with the victory after beating the Detroit Pistons 121-116.