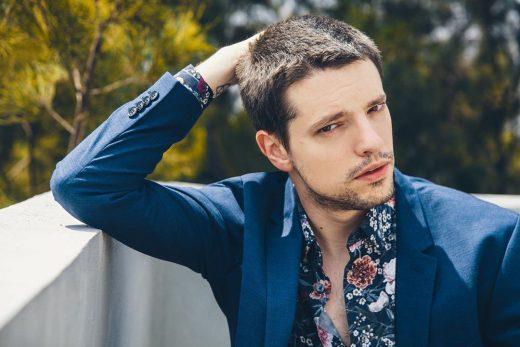 The Venezuelan singer-songwriter Lasso arrives in the Dominican Republic for the first time next 6th of December with his “Algodón tour” in the Hall of Fame from the Olympic Center.

The artist behind the hit “Ojos marrones”, the hit that alone on YouTube has 103 million views, managed to go viral thanks to Tik Tok in the month of June, turning this theme into a hymn within this social network.

The remix with the Colombian Sebastian Yatra Launched two months ago, it has more than 18 million views.

Lasso He was nominated for a Latin Grammy in 2021 for Best New Artist despite his long musical career of more than 10 years.

Of the recent, it will be part of the posthumous album of duets of the super star of the song Juan Gabriel with the theme “I was not born to love.”

“Algodón”, “Until that day”, “Dios” and “A million like you” are other of his songs.

The scenario selected for this first visit will be the Olympic Center Hall of Fame this December 6.

Andrés Lazo was born on February 18, 1988 in Caracas, Venezuela, into a family with musical roots. He is son of singerVenezuelan composer and director Henrique Lazo and Carolina Uslar, who studied fashion design.

He studied Systems Engineering for two years at the Metropolitan University in Caracas, Venezuela, but stopped it to dedicate himself to his career as singer. Lasso he learned to play drums, guitar and piano.

His first public appearance was at the age of fifteen, when he was invited to sing in the band, Punk Society, Wikipedia collects.

Since 2011 he has developed a career as a soloist. In March of that year, she released her first album. “No other meaning.”

In January 2015, he signed a record contract with Universal Music, with which he released his second studio album, “Diferente”.

In March 2015, Lasso reissues his single “Te Veo” written in collaboration with adilene Zarate in Mexico and manages to enter the Top 20 Pop of Monitor Latino.

In July 2015, Lasso received the award for Best Pop-Rock Artist at the HTV Awards.