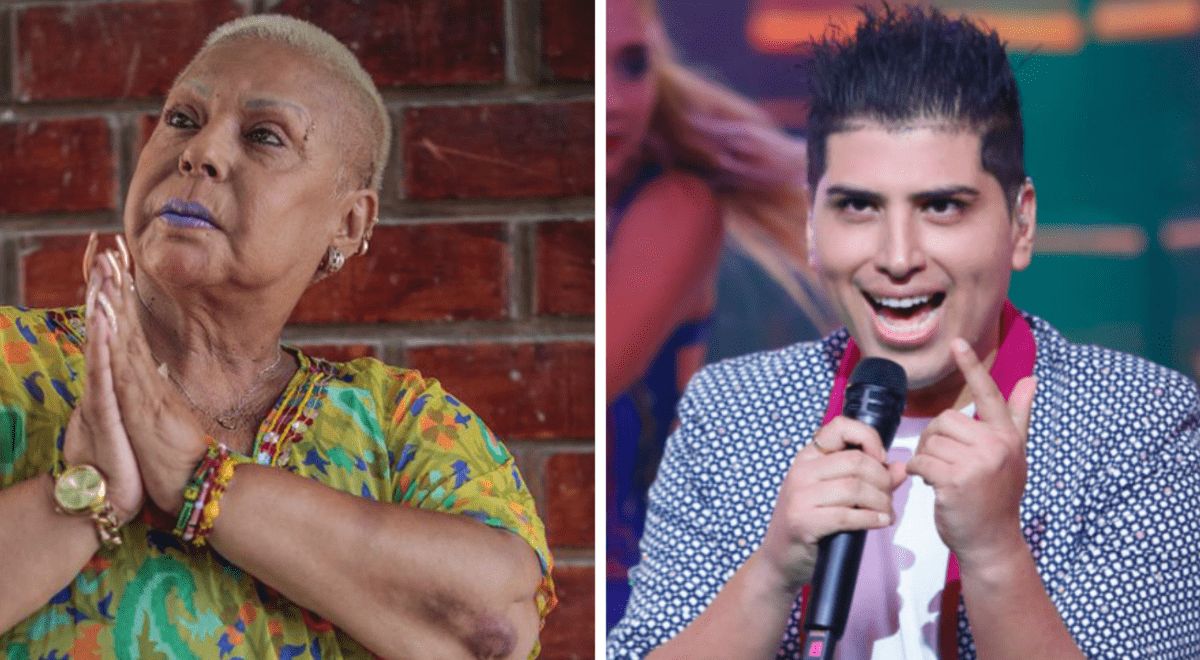 Lucía de la Cruz recently visited John Kelvin, after he was released from prison, where he was interned for physically assaulting his ex-partner, Dahlia Duran. It was then that she declared that she considers the singer as a son. Now in interview with El Popularthe Creole singer spoke more about the subject that they will bring up together and that is that he has been invited to be part of one of his new album that will be called “From mother to son”.

YOU CAN SEE: John Kelvin will provide an interview for Amor y Fuego, but users claim: “They should not give him a screen” [VIDEO]

– Lucía, you visited John Kelvin and he has relaunched his career after being released from prison, will you bring up a subject with him?

Yes, we’re about to bring up a topic with him, it’s a cumbia, the other year I’m going to cumbia.

We don’t have a recording date, but we do have a release date for the end of February.

– And do you already have the lyrics or is it in process?

Yes, it’s called “Grab the rope for me.” She’s kind of funny.

– Does the issue have nothing to do with him in prison?

Absolutely, we have nothing to do with anyone. We see what is commercial and what they are going to buy from us.

YOU CAN SEE: Dalia Durán and John Kelvin ‘high-fived’ in a reunion: “Love and fire” brought to light unusual images [VIDEO]

In another part of the interview, Lucía de la Cruz made it clear that it was she who invited John Kelvin to sing with her. In this sense, she added that they have spoken again, but only about the musical project, but not about personal issues.

Have you talked to him again?

Yes, we were talking yesterday, nothing more about the projects.

– So you tell me that they are going to release a song in February.

– He’s going to be part of your record then…

Of course, the album is called “De madre a hijo” and that’s why I record a song with my son.

– So, you are inviting him…

That’s how it is.