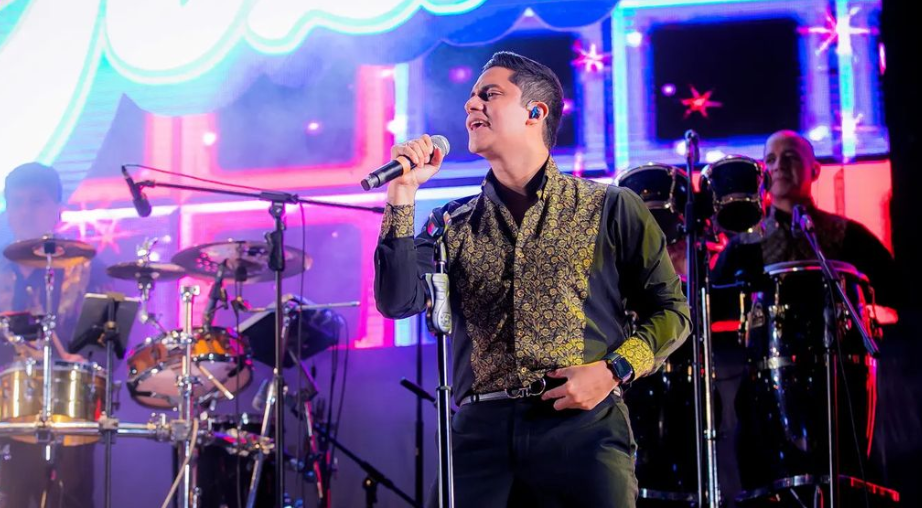 for 8 years, Luis Manuel He fulfilled one of his dreams by having the opportunity to join one of the most important orchestras in the country: Grupo 5. However, another of his greatest desires is to become a great recognized artist and make a name for himself on the music scene, for this reason We see it now in “La voz Perú”.

The singer participated, 10 years ago, in this Latin reality show, in which he was part of Jerry Rivera’s team. This time, and with more experience involved, he returned to the program to work alongside Mauricio Mesones. In an interview with La República, the cumbiambero explained why he decided to appear in a singing reality show and clarified that he would remain in the orchestra if he wins the competition or not.

YOU CAN SEE: Member of Group 5 appears in the blind casting of “La voz Perú” and the result surprises

—Some friends told me that they were doing a casting for a special edition of “La voz Perú” that was going to be tropical. I started to find out, I contacted the production and I did my casting, just like everyone else. I sent a video to pass all the filters. My family encouraged me, my wife told me to try again.

The fear was there because since I am in a well-known orchestra there are people who criticize.

—When you arrived at the audition, had you already thought of a coach?

—For nine years, I always had teacher Eva Ayllón in mind for her career, her music; but the day of the rehearsal I arrived and saw that Mauricio Mesones, Eva Ayllón, Raúl Romero and Maricarmen were there.

They all seem like good coaches to me, but Mauricio is more in the mood than I am, which is cumbia, like Maricarmen, that’s why I was thinking between the two of them. So I decided on Mauricio because he has been a music teacher, and unlike my first time in the contest, now, when he has had to rehearse, Mauricio writes to you, encourages us, gives us tips. It seems to me that it is the best decision I made when I chose him as my coach.

―You mentioned that they criticize you for performing in a singing contest, when you are already part of a successful group like Group 5, what would you say?

—People think that because I am in a recognized orchestra, I have a rod; and they don’t really know all the sacrifices one makes to get to where they are. Entering Group 5 was not easy for me and behind it there are many talented people who are waiting for an opportunity to be part of a renowned orchestra.

I am part of Group 5, but I have dreams and goals to fulfill like Luis Manuel, as an artist. I want to be a reference like Christian Yaipen, kike Farro, Lucho Paz, Marco Antonio. Let people recognize me, record, have a hit. Those are my dreams and I will achieve them. If they don’t see me on TV or hear me on the radio, people won’t know me. They always confuse my name, they call me Luis Miguel, Juan Manuel, everything except Luis Manuel.

―Do you feel that you have an advantage over the competition by having more experience on stage and by belonging to an important orchestra?

—For me it’s easier to be on stage in front of forty thousand people, singing, dancing, than on a TV set. The cameras pointing at me, little public and 30 or 40 people looking at me at that moment. I don’t think there is any advantage, I am an empirical singer, I never studied music. I have taken some short singing courses; but the techniques that I use I learned alone, with colleagues that I had and who had experience singing and I learned things from them.

I don’t think I have an advantage over the participants, what’s more, now comes the stage of the battles and I don’t know what rhythm I’m going to play. Maybe I’ll play salsa or merengue, something other than cumbia that will take me out of my comfort zone.

YOU CAN SEE: Who is Luis Manuel, the singer of Group 5 who captivated the jury of “La voz Perú”?

―How did you feel this time on the stage of “The Voice” as opposed to the first time you auditioned?

-It is the other side of the coin. Ten years ago I was 21 years old, I had no experience in contests, it was my first contest. Everything I learned at that time helped me to be more confident with what I want to do. I had to audition with the best card in my deck, it had to be a cumbia song, because that’s what I work on.

―What do you expect from “La voz Perú”?

—I feel like a winner from now on, because doing a casting is not easy. I am going to deliver everything I have learned in these years, in the end the winner is the public because they are the ones who enjoy the live concerts. What I want is for people to know me more as Luis Manuel.

I am not going to leave Group 5, since I was very young I dreamed of being there and I did it, and I know that I can achieve many things together with them.

“If you win the competition, wouldn’t you open up as a soloist?”

“I wouldn’t do it yet.” I want to achieve many things with them, I want people to recognize my voice. I can be successful with them; I don’t feel prepared to have an orchestra and face that. Many established artists have tried and failed. I want to be a recognized artist and I know that with Grupo 5 I can achieve it. 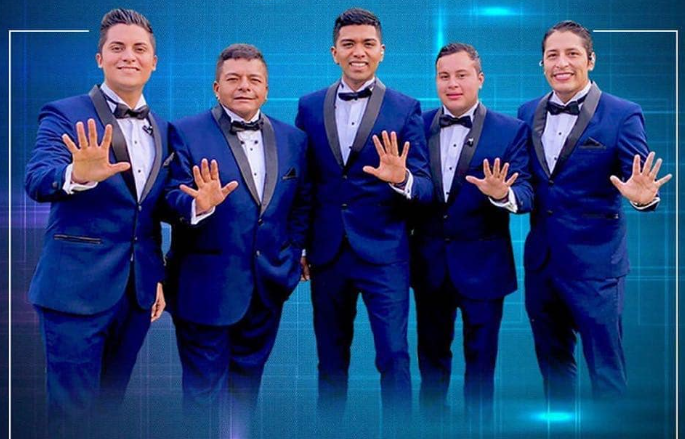 ―Many people criticized the prices to see Group 5 at the San Marcos stadium.

—The other time I saw that Andrea San Martín said that 300 soles was very expensive for a concert ticket for Group 5, which previously cost 30 soles; and she doesn’t know all the work team that we are (sound engineers, lights, structures, etc.). It’s quite a show, like Marc Anthony is playing.

Actually, it is worth paying for the Grupo 5 concert, the ticket is not very expensive. Another artist comes and people pay up to 1,000 soles, we have the same and we are a national product.

―Did you imagine that they would get sold out in the three presentations they will make?

—We would have loved it to be at the National Stadium, but we couldn’t and it will be at the San Marcos stadium, which is also large, and achieving a sold out on three days is spectacular.

All of Peru consumes cumbia, and not just Peru. We travel to Argentina, Chile, Bolivia, Ecuador and people love us.

“What are your goals with Group 5?”

—I have achieved my dream of being part of Grupo 5 and now I want to enjoy this fifty-year tour of the orchestra. I also want people to recognize me and that they know that I have no plans to leave the group, whether or not I win the contest.