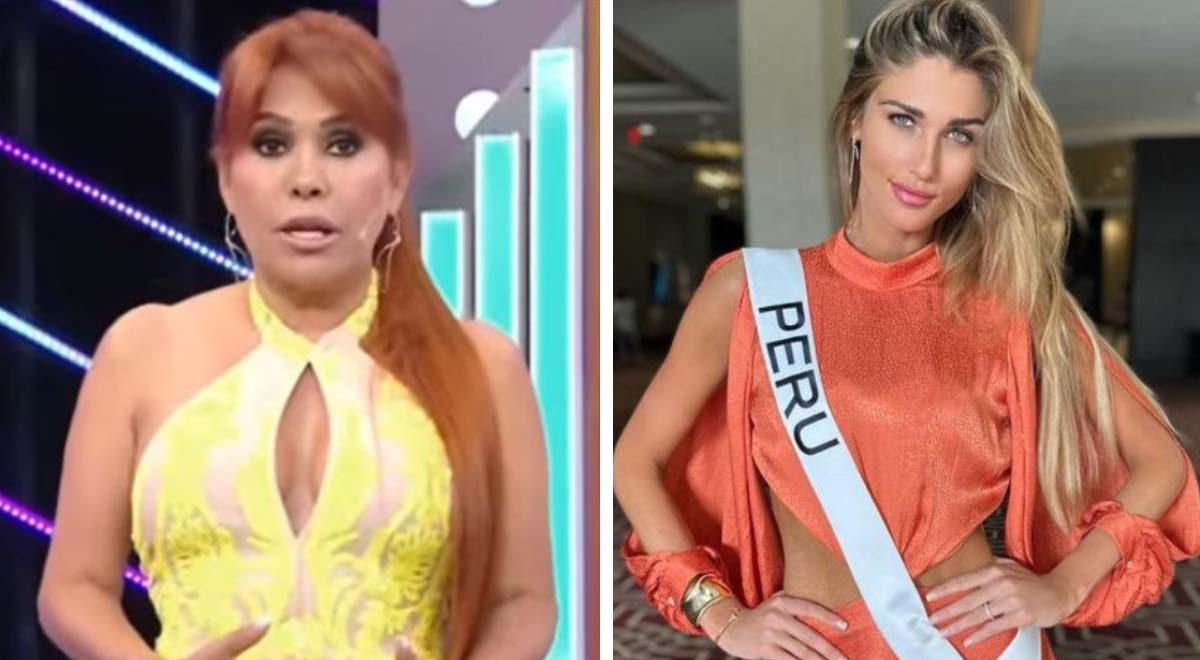 It was sent with everything. In the latest edition of ‘Magaly TV La Firme’, the TV host Magaly Medina took advantage of his television space to respond in an epic way to Barbara Cayo and Jessica Newton, who questioned her for having strong comments about Alessia Rovegno, Miss Peru 2022. This time, the controversial “Urraca” made it clear that she is not envious of the beauty queen, but that she has always dedicated herself to criticizing when something does not suit her It seems. What else did she say?

YOU CAN SEE: Magaly TV La Firme: Renato Tapia is accused by Daniela Castro of not signing her son out of marriage

At first, Medina expressed that he has nothing against Hugo Garcia’s girlfriendWell, in her opinion, the young model was chosen “by hand” by the organizer of Miss Peru, Jessica Newton. Likewise, she sent herself a tremendous message, where she assures that her “darts” have nothing to do with personal issues. “It’s not that I have anything against the girl herself, it’s not even because I stopped being friends with Jessica Newton. It’s not that, it’s not what motivates me,” she said.

Likewise, he was encouraged to continue questioning the development of the lesser Keys, who was in the TOP16 of the Miss Universe 2022. “Poor little Alessia is not to blame for the fact that they chose her almost by hand to go to this contest without being prepared. There were big women who walked around the stage with a personality, a poise that gives her, even if you don’t Believe it, it’s because they’re smart,” he said on his LIVE show. Meanwhile, she considered that beauty would not be everything to obtain an achievement.

“Beauty alone and stupid is worth nothing. Do you think that you would look at me sometime or before doing my nose job or going to the doctor where she does all things for me and leaves me regal (…) I do What emerges is the intelligence of a woman, a woman dazzles on any catwalk,” she said. Finally, she commented on the beauty of the people. “She didn’t even make it to the top three (…) she’s pretty, but many people are pretty, but beauty by itself is not beauty (…) “At that age I read more books than her, what can I do with her envy,” he said.

YOU CAN SEE: Does Jessica Newton accept that she was wrong?: “Miss Peru should compete when she has more experience”

Miss Venezuela ruled on the alleged “boycott” against Alessia Rovegno

On the other hand, a few hours ago, the finalist Miss Venezuela 2022Amanda Dudamel, did not hesitate to comment on the alleged “boycott” that the Peruvian would have suffered Alessia Rovegno in the beauty pageant Miss Universe 2022.

“There was a situation that was misinterpreted because Miss Peru She commented that she had had problems with her final gala dress, but in reality it was that she broke it because she sat down, but on social networks the story was that it had been broken and that her heels had been stolen. So, well, it is also part of the adrenaline that is experienced in those days and of the drama that can be created with comments that are slightly distorted, ”she told the press.