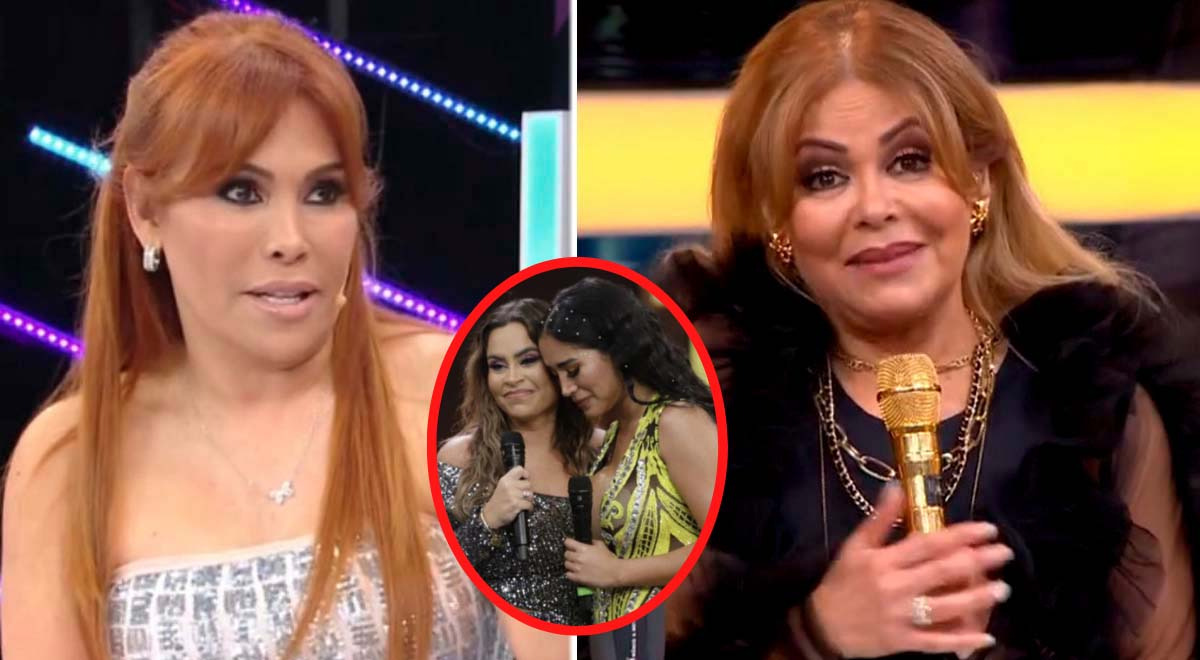 How strong! The show host Magaly Medina used her nightly program to ‘crack’ Gisela Valcárcel’s latest program, who showed the surprising reunion between her daughter Ethel Pozo and Melissa Paredes on the small screen. This time, “Urraca” could not avoid commenting on the hug and apparent friendship between public figures. In addition, she criticized the ‘show’ offered by ‘Gise’.

YOU CAN SEE: Magaly Medina LIVE today: Everything that will answer minute by minute about the demand of Lucho Cáceres

“The hypocrisy show should be called no The big show”, The ATV host began by saying at first, who did not save anything and questioned that Ethel Pozo and Melissa have been “sensitive” after meeting again after a year, after the dancer’s controversial ampay.

“A very fresh face to play roles (…) to be hypocritical you need to come from a really soft formation, I don’t know about hypocrisy, everything shows on my face,” added the ATV journalist, who attacked Gisela Valcárcel, her television enemy for offering said “scenes” in her program “El Gran Show”.

Finally, she made it clear that she IS NOT HYPOCRITE and it is something she cannot control: “I can’t, hypocrisy disgusts me, it makes me gag (…) we do shows on television, but pretend to do a show, I know that this is the specialty of the Gise and her sonHe has inherited everything, just the same,” he said.