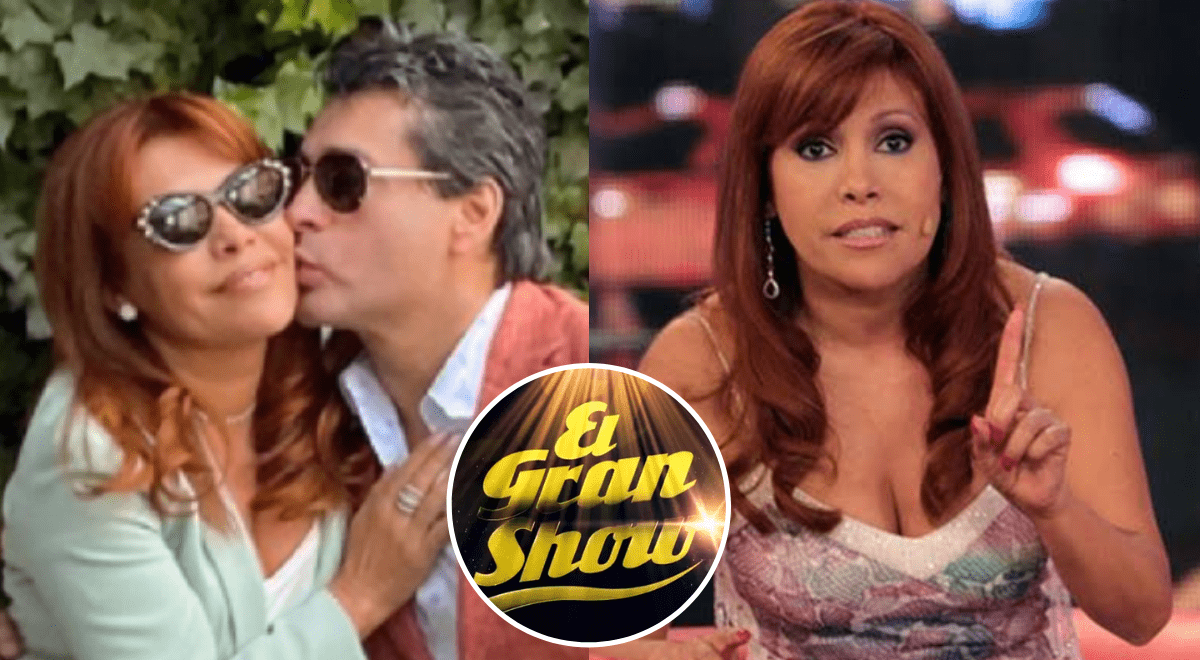 The show host Magaly Medina He spoke about the return of El Gran Show to Peruvian television, especially about the possible income in the dance reality show, and it is that only a few days after his great return, several names of artists who are involved have already been launched on the air in great controversy. Therefore, the Magpie She did not hesitate to remember the time that they speculated that her husband Alfredo Zambrano would be in the reality show.

YOU CAN SEE: Magaly Medina: “several girls have a good standard of living”, but it is not known where they get the money [VIDEO]

In the latest edition of the program Magaly Tv La Firme It was touched on the great speculations that the reality of El Gran Show is generating a few days after its great return, but the Magpie highlighted that several of them are only smoke, that is why several of those rumors have been clarified by the same artists, as well as he did at the time Magaly to her husband alfredo zambrano.

“They did it at the time with me, when I was separated from my husband for a couple of months. They also blatantly speculated with photography that he would be in the Big Show, I had to be authorized by my husband to publicly deny it, but they play like that, with that kind of thing, they love that,” the night driver said at the beginning.

Before ending the topic, Magaly Medina decided to attack Gisela Valcárcel, for wanting to make believe that she is selling white television when she knows that she likes to generate ratings with highly controversial characters.

“Gisela becomes the one she didn’t see and the one she doesn’t know, and that’s a lie, she knows what this business is all about,” the Magpie ended with a laugh on her show.

YOU CAN SEE: Magaly Medina amazed at the possible return of Melissa Paredes to ‘The Great Show’: “They are morbid”

What message did Magaly Medina send to deny her husband’s participation?

after having seen Magaly Medina that her husband was named in the program of America Television as one of the possible members in the reality show The big showTherefore, through his Instagram account, the Urraca sent a strong and forceful message.

“How unscrupulous were the disciples of Gisela Valcárcel, selling smoke in order to get public attention. My husband Alfredo Zambrano authorizes me to categorically deny them, he points out that he would never go to Señito’s program and would never lend himself to the vile game of those who They seek to attack me. That is the white television that Ethel Pozo and her henchmen say they practice, “he wrote at the time.