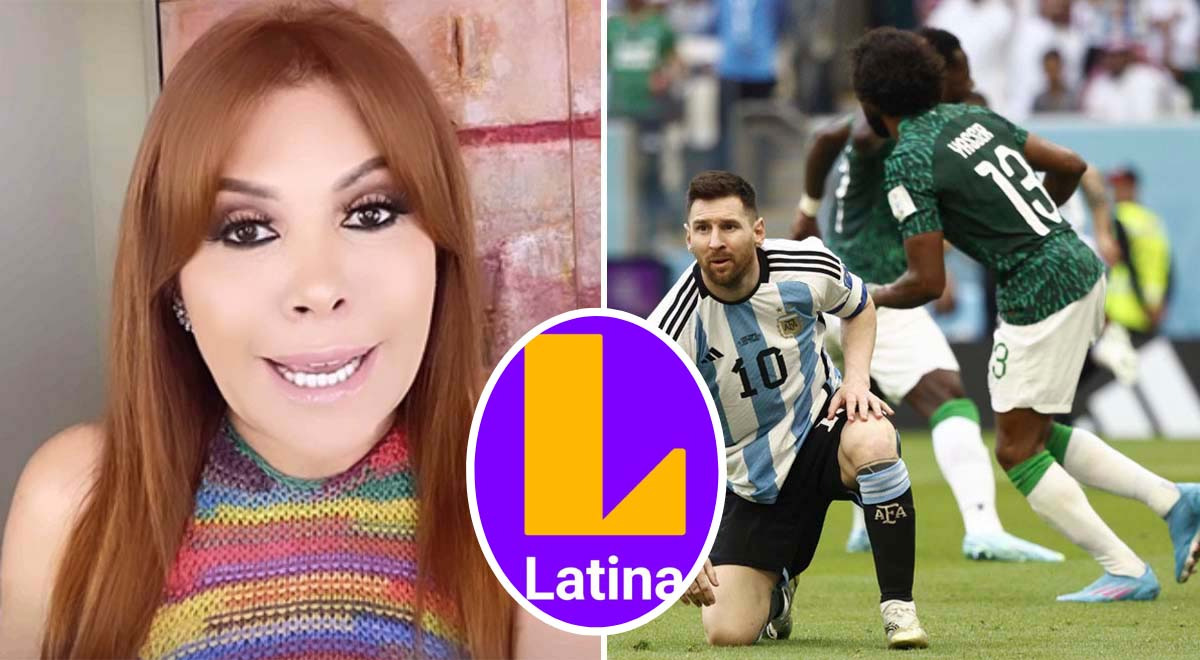 The show hostMagaly Medina, could not avoid commenting on the criticism of Latina after not broadcasting all the matches of the Qatar 2022 World Cup. As is known, channel 2 called itself ‘the Channel of the World’, However, as one of the most anticipated matches by fans such as Argentina did not pass, various users expressed their rejection. Given this, ‘Maga’ spoke.

YOU CAN SEE: APTC expressed its discomfort against DirecTV and Latina: CLAIMED abuse of rights to Qatar 2022 World Cup matches

“If you sell yourself as the World Cup channel, the logical thing is that you show all the games,” he began by saying on his program ‘Magaly TV La FIrme’. Likewise, he continued to read social networks and highlighted what Latina, his former television house, explained.

“Only 32 games to be broadcast live, on television, and the other 32 will be broadcast 24 hours later and only on their digital platforms. Hey, what is that, what kind of arrangement is that,” added La Urraca “It was cheaper because buying a World Cup is very expensive, that’s why we don’t buy because we are poor (…)”, he said.

“Every year they say that Latin America is sold to the highest bidder, but nobody wants to buy it and they continue to invest money (…) We did not see Argentina (…) logically there is not the same enthusiasm that Peru is not there, but many memes have come out (…)”, he expressed to later show the various comments against Latina.