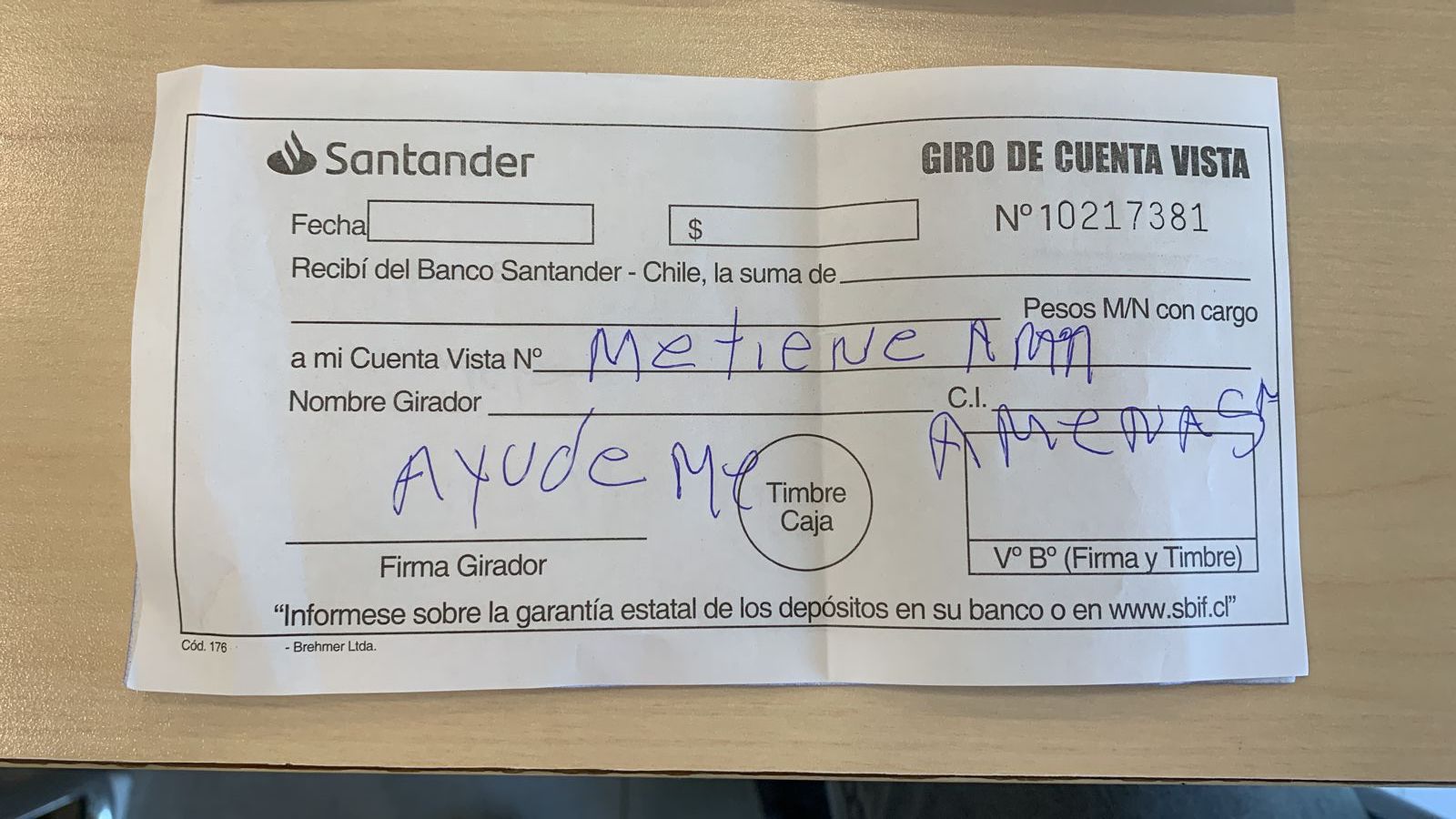 The story of a man who was kidnapped and released has impacted his community in Puente Alto, in Chile. And it is that the victim managed to save himself from his kidnappers in a bank by delivering a money order in which he claimed to be helped. What happened?

According to the daily BiobioChile, on Monday, November 22, a citizen was kidnapped so that he could withdraw a large amount of money from the bank. The victim was approached in a drive-thru by two people who took him against his will to a camp in Bajos de Mena.

In that place, the man remained for several hours with his face covered and his hands and feet tied, indicating that he should collaborate with them to be released.

The victim acceded to the criminals’ requests, for which she was taken to a bank to make a money transfer. 40 million Chilean pesos (197,561 soles approximately). There, he had to fill out a paper to request the money.

The man did not think twice and took advantage of risking his only chance of salvation. She used the money order to ask the cashier for help: “Help me. He has me threatened “, it is possible to read.

The woman immediately notified the police, and was able to arrest one of the individuals when he tried to escape. Now the police are investigating the case to clarify what happened and rule out whether there are more involved.