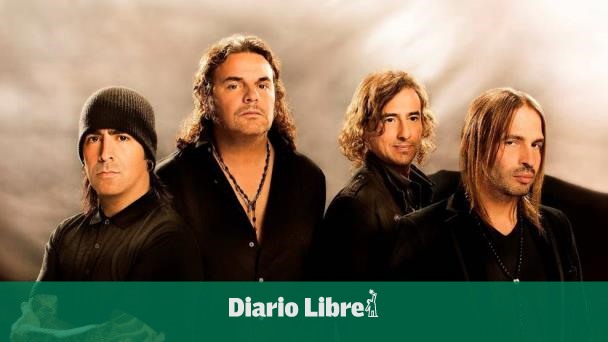 Mexican rock and pop group Manna announced this Wednesday that it will help some 10,000 families affected by the hurricane Fiona in Puerto Rico, where she will offer two consecutive concerts for the first time this weekend.

The expected presence of Mannawhich will take to the stage of the Puerto Rico Coliseum on Saturday and Sunday, five years after its last performance on the island, coincides with the crisis caused by the hurricane.

“You are brothers, sisters, we have a tremendous affection for this island and we want to help,” said Alex González, drummer of the Guadalajara band along with Fher Olvera, Juan Calleros and Sergio Vallín, at a press conference at the Coliseum.

González explained that “the greatest concern when one goes to help is that this aid” and that is why they decided to manage it through the American Red Cross.

This guarantees -he added- “that this aid really reaches those people and that it is not going to stay, as has unfortunately happened in other situations, there and nobody is in charge”.

For her part, Vanessa Feliciano, regional executive of the American Red Cross, thanked “their solidarity and their humanity in this difficult moment” that those affected by the hurricane.

Fiona, which hit Puerto Rico on September 18, caused serious damage to homes and infrastructure on the island, prompting the US government to issue a major disaster declaration.

After giving concerts in Mexico and Colombia, the band arrives in Puerto Rico with its “Mexico Lindo y Querido” tour.

“Believe me that the most memorable concerts that I have in my heart are in Puerto Rico,” said Olvera.

The group has been playing on the island since 1995 and, in the concerts on Saturday and Sunday, some of their most famous hits will be heard worldwide, such as “Rayando el sol”, which catapulted them to fame, “Te lloré todo un river” and “Treacherous Butterfly”.

It’s the first time that Manna offers two consecutive concerts on the island. One performance was announced first, but after all the tickets were sold, a second was opened.

“We want it to be a very big party here in Puerto Rico,” González stressed, anticipating that there will be surprises during the performance.

A PROJECT OF DUETS

Regarding the future projects that the band has, González explained that they are currently working on a “very interesting” duet project that will come out at the end of this year, including a collaboration with Christian Nodal.

“The idea is next year to go into the studio and start preparing a new album and if God wants to have the new album of Manna by 2024″, indicated the drummer.

They consider that the success of the band in the difficult world of music has been based on being “genuinely brothers” by choice.

The band from Guadalajara will end the “Mexico Lindo y Querido” tour in the land where they were born. “We are going to be very happy because we are going to play at home after many years,” González concluded.