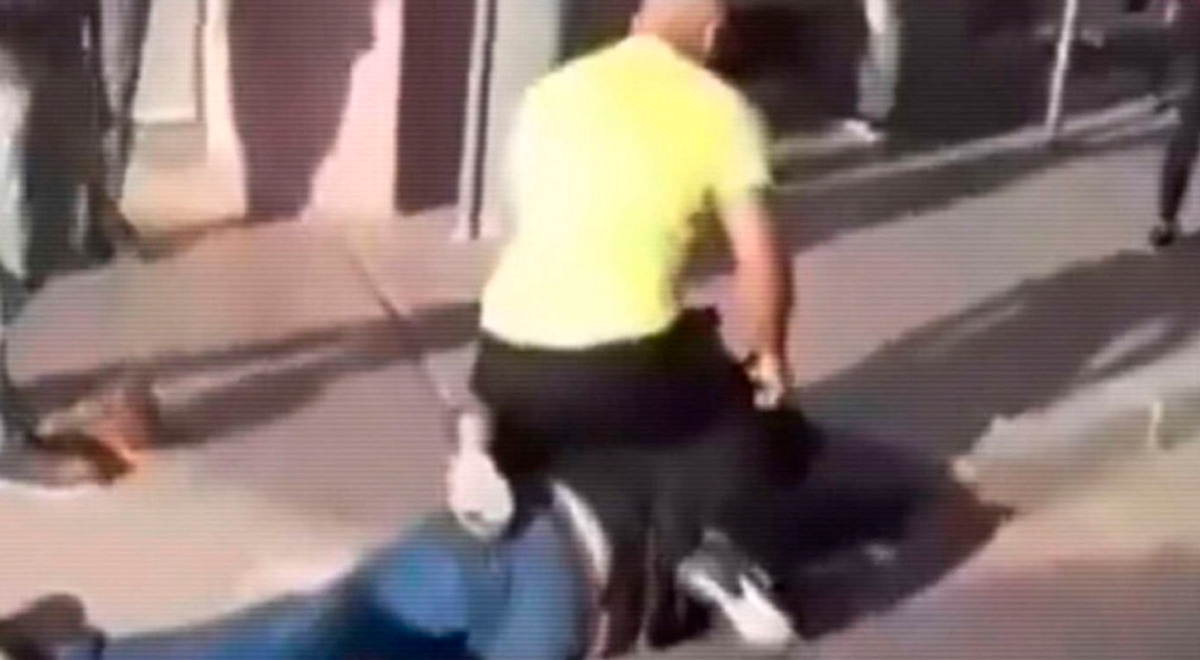 A father of a family on his way to the birth of his daughter made a brave gesture in Argentina. The brave man saw that a woman was the victim of a violent assault and without hesitation came to her aid and pursued the thief.

Roberto was on his way to the hospital to accompany his wife, who was scheduled for a cesarean section, however, he was surprised by the sudden event that ended up changing his plans. The images of his intervention went viral.

“I was going to the sanatorium for my wife’s surgery when a crying doctor intercepted me and told me that a man who was there, 30 meters away, had robbed her. So, I chased him in the wrong direction, I caught up with him, got out and knocked him down, “said Roberto in dialogue with Telefe Rosario.

However, what delayed the brave man was the delay of the police, who had to wait more than 30 minutes to hand the thief to the officers. While awaiting the arrival of the authorities, Roberto contacted his wife.

“I hope God and my family forgive me. I wanted to be in the hospital, but I stayed with the criminal to wait for the police to arrive and take him to jail, “said Roberto.

Luckily for Roberto, everything worked out in his favor, because he was able to help the woman who was in danger and finally was able to see the birth of his daughter, this because the cesarean section was delayed.