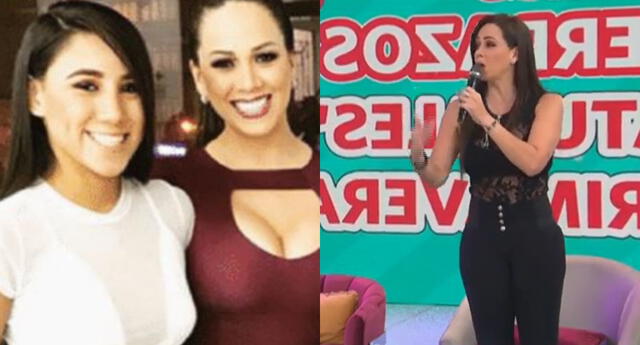 the popular influencer Melissa Klug recorded a special note with the program Magaly TV: The Firm to demonstrate the great bond he has with his only granddaughter Xianna. However, she surprised “Blanca de Chucuito” when talking about her last two children, who were born as a result of her sentimental relationship with Jefferson Farfan.

YOU CAN SEE: Melissa Klug reveals the reason for the tattoo on her belly: “My navel burst” [VIDEO]

YOU CAN SEE: Melissa Klug stands out for Samahara Lobatón and her millionaire expenses: “She works to afford her luxuries”

Melissa Klug washes her hands of Samahara Lobatón: “One can advise, but the children decide”

With her it is not. Melissa Klug is giving something to talk about, but not because of her actions, but because of those of her daughter Samahara Lobatón, who was once again involved in a controversy for boasting that she had spent S / 40 thousand at the birthday party of his daughter Xianna. However, she now cuts herself off from everything.

On the América TV program, Giselo questioned Melissa Klug if he advised his daughter Samahara Lobaton. “Why don’t you tell Samahara that? You should,” he asked, to which she responded with a surprising answer, disclaiming responsibility. “A mother always gives advice to her children and they are the ones who decide,” she managed to say the popular “Blanca de Chucuito”, and “Rulitos” decided to speak out. “They are rebels,” she pointed out.