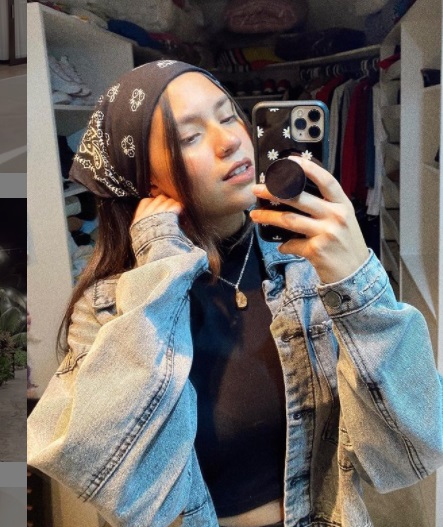 Melissa Klug was on the program Magaly TV: La Firma, where she was encouraged to give an exclusive interview to Magaly Medina, where she revealed unpublished details of her relationship with Jefferson Farfán. After being asked how she would get along with the player of Alliance Lima, the ‘Blanca de Chucuito’ He ended up saying that although they would not be the best of friends and that there would still be issues to be solved, they have maintained a good relationship for the sake of their children and that they would always try to be at peace.

YOU CAN SEE: Melissa Klug reveals that she will move out of the house that Jefferson Farfán gave her when she married Jesús Barco

“Fortunately, that has not been lost, they get along very well … It was 11 or 12 years or so (time they lived together) … There is love, there must be love … There was a distance, but I think As my daughters are grown up and they talk to him, and I’m grateful for that … I don’t bother because they party with him … The three of them were there (in the bunker) … They get along very well … He goes to the house, and there is Xianna “, confessed Melissa Klug.

How many children does Melissa Klug have?

Melissa klug got pregnant with her first daughter Gianella marquina at the age of 14 years old. Gianella, 22, is a law student at the University of Applied Sciences and according to her LinkedIn account is in the top fifth.

Samahara is a renowned 20-year-old Peruvian influencer and recently celebrated the 1st birthday of her first daughter named Xianna. The second daughter of the chalaca, maintains a relationship with her daughter’s father, a young barber named Youna.

Melissa klug shortly after having Samahara, got pregnant with Melissa Lobaton who is also the daughter of Abel Lobatón. The youngest of her daughters, because she also has two more children, is only 18 years old.

Melissa Klug and Jefferson Farfán they were together for about 11 years. In 2007, the couple separated for the first time. They then resumed their relationship, but in 2015 they ended their love affair. From this relationship Melissa had two children Jeremy and Adriano Farfán.

What problems did Jefferson Farfán and Melissa Klug have?

The soccer player and the chalaca have had multiple problems, but the first one caused by a spree that the player did in his bunker. It became known that dancers and models from the middle came to the party at his house in La Rinconada del Lago.

Behind this, Melissa threw out Jefferson from her house and denounced him for alimony, since according to the ‘Blanca de Chucuito’ he always threatened to take away her children’s pension. Some time later, they reconciled and made a trip together to Punta Cana to celebrate the New Year holidays. Then, in an interview, the chalaca said that the player asked him to resume the relationship for the good of his children.

The other great conflict they had was after the ampay that Magaly Medina made to Jefferson with Yahaira Plasencia because both apparently had a clandestine relationship and the athlete ended their relationship by a statement.