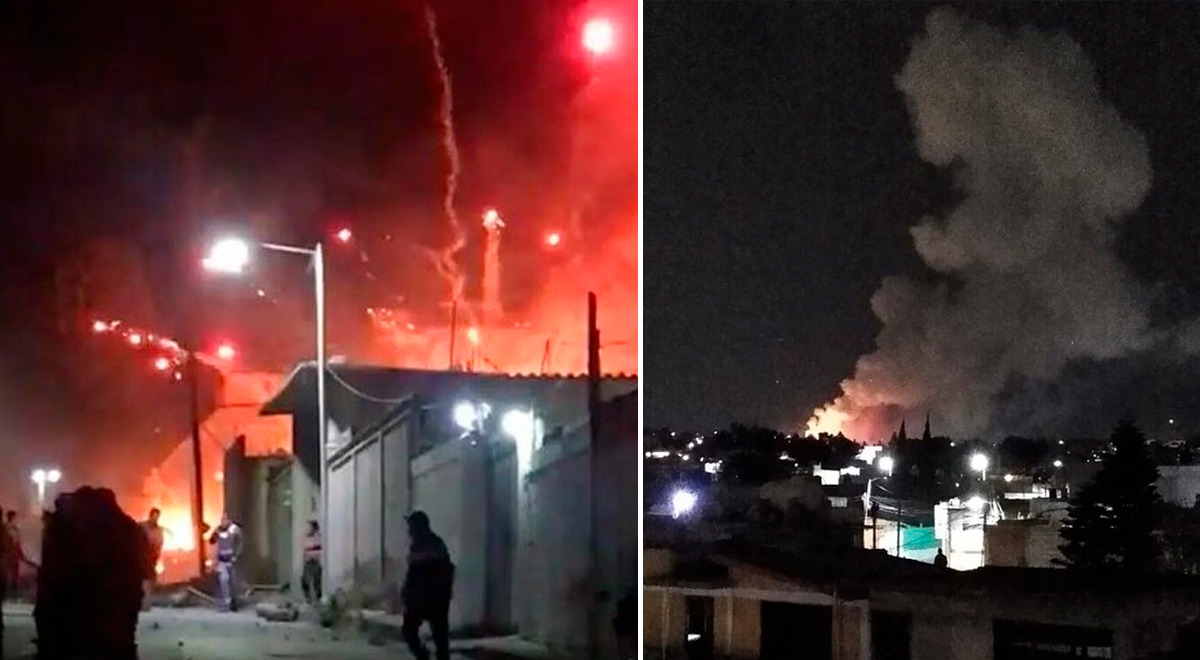 At least two dead and several injured people left an explosion inside a pyrotechnics workshop in the municipality of Tultepec, State of Mexico, Mexico. The incident occurred during the night of this Wednesday and caused panic in the population.

The loud explosion alerted the residents of the area, who fled their homes in search of a refuge. The fire caused a plume of smoke that reached approximately 20 feet in height.

Neighbors who were in the vicinity of the place captured the incident through videos and photos that they shared on social networks. Damage to adjoining homes was also reported.

The house functioned as a warehouse for pyrotechnic material and when it caught fire it generated detonations for several minutes. So far the causes that originated it are unknown.

Through Twitter, state Civil Protection reported that the explosion was registered inside a home where emergency elements work. Firefighters from the municipality and the government of the State of Mexico worked in the area.

“Emergency bodies are working to quell and control a fire caused by an explosion registered inside a private home located on Libertad y Jazmín street, Col. La Piedad, in Tultepec,” the statement reads.