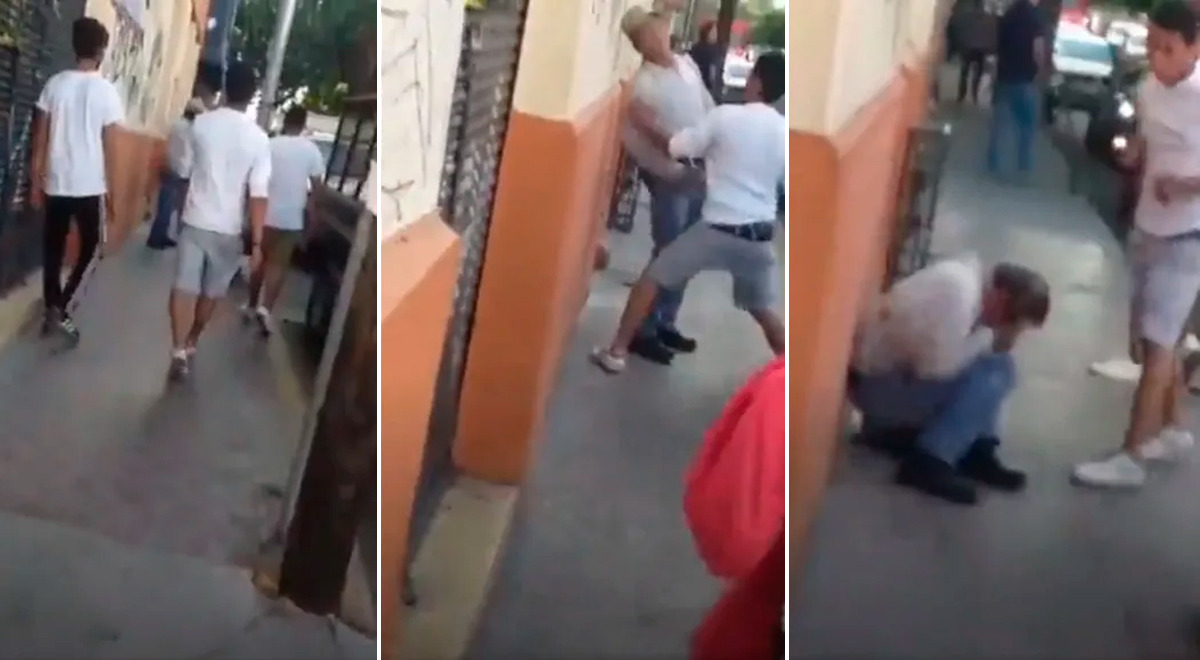 A video of a group of young people beating an old man has generated the outrage and rejection of thousands of people in Mexico. The subjects were recorded insulting and knocking out the older adult to upload the content to social networks.

The reprehensible case was registered in Guadalajara, where the students cornered the man and began to attack him for no apparent reason. Three of the four young people who star in the video appeared before the State Prosecutor’s Office with their parents.

The shared video allowed the full identification of the four subjects, which allowed the authorities to start the search to hold them accountable for the aggression committed against the humble man.

“Through field work, the investigators located the exact place where they found signs of the attack and ordered its prosecution,” says the authorities’ statement. The video is in the possession of the Prosecutor’s Office.

The three adolescents are subject to an investigation in accordance with the applicable laws because they are minors and are indicated in the probable commission of the crimes of injury and against the dignity of persons.

The remaining aggressor, apparently the one who recorded the beating, is duly identified and is expected to be located shortly or to appear voluntarily before the Public Ministry.