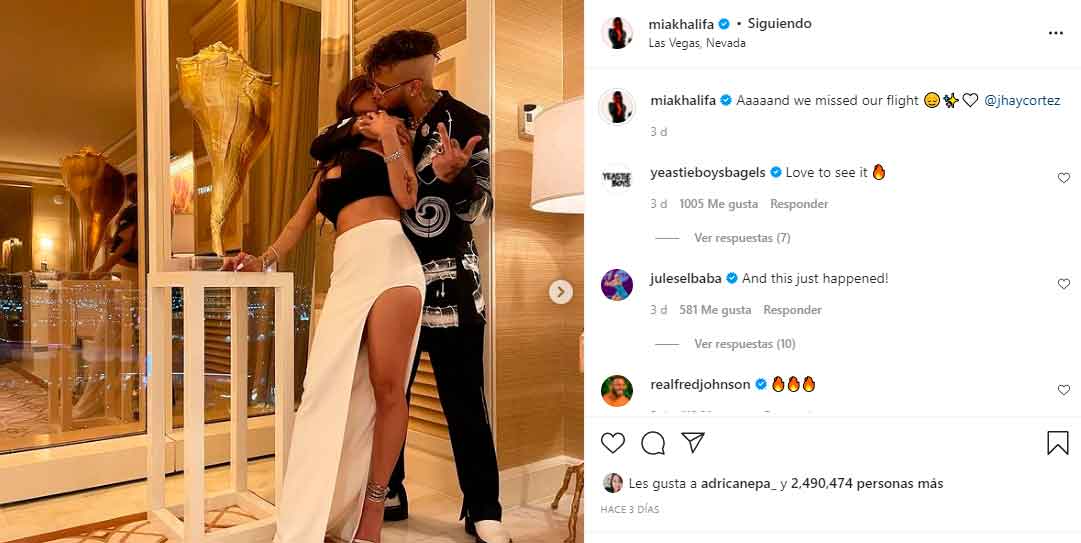 Mia Khalifa published on her Instagram account that she started a romantic relationship with the singer Jhay cortez, a revelation that went around the world, as the former actress of the sex industry was engaged to the chef Robert Sandberg, with whom he broke up last July.

Under the headline “We missed our flight”, The influencer Khalifa announced via Instagram that she is already in love with the artist: there are risque images in which both are very caramelized.

As you know, Jhay Cortez and Mia Khalifa They went to the delivery of the Latin Grammy 2021, at which time the two decided to shout their love to the four winds.

The hot kiss between Mia Khalifa and Jhay Cortez that confirmed the relationship – SOURCE: Instagram.

In the publication that Mia Khalifa launched, where she gives a romantic and passionate kiss to Jhay cortez, several users raised their voices in protest. “Where is the chef?”; “We liked Robert better”; “It took you a month to finish two years of marriage”, are some of the comments.

Netizens expressed their doubts because Mia Khalifa finished with Sandberg after meeting Cortez in the middle of the video clip “In my room”.

In this way, Mia Khalifa again got into the eye of the storm because the times would not help her to clear that she committed an infidelity. However, the adult film actress has a better time than ever with the singer.

Travel, luxury and jewelry: the expensive life of Mia Khalifa