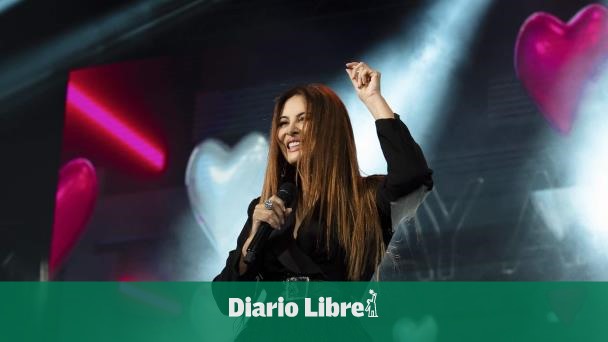 The romantic singer appeared last night before a full Anayansi Theater with a show full of hits and emotions, almost two hours of concert with one of the most admired voices on the continent.

After that performance, it will continue through 20 cities in the United States and where it will receive recognition from the Latin Grammy Academy with the Musical Excellence Award on November 16 in Las Vegas.

After four years the voice of Myriam Hernandez had his reunion with the Panamanian public, an expected concert that exceeded the expectations of his fans and followers who filled the venue. An audience -mainly female- convened by the Chilean star who has had a three-decade relationship with Panama, since the impact of his first classic ‘El hombre que yo amo’ and other fundamentals of his repertoire such as ‘Smells of danger’, ‘Herida’ and ‘I have returned for you’, which were heard last night with strength and vitality, with an empowered performer and icon of Latin American romantic song.

Accompanied by a mixed band of musicians and luminous audiovisual support (screens, visuals, effects), the singer opened her concert with ‘Hasta aqui’, one of the surprises on her new album ‘Sinergia’, the title of her tour current. The concert also included new songs such as ‘Bailemos en la sombra’, ‘Mi Paraiso’ and ‘Ya es late’ loyal to his style, and showing new nuances in songs such as ‘I love you, I love you’ with a nod to urban pop and ‘Chained to you’ reminiscent of Spanish music.

The classics like ‘Ay amor’, ‘Eres’, ‘I have not stolen anything’, ‘Mañana’, ‘La Fuerza del Amor’ and ‘Ese hombre’ were not lacking either with new arrangements without losing their essence, always led by the voice portentous and subtle by Myriam, who expresses herself in moments of intimacy and melancholy such as the moving ‘Se me fue’. An artist with a history, legacy and validity, she combines her emblematic songs of Latin romantic music with the actuality of her album ‘Sinergia’ released last May.

A concert full of emotions and great themes with an artist who masters all the details of her voice and the stage space, virtues as a performer that Myriam Hernandez shows with experience and conviction, in a reunion with Panama.

After leaving Panama, the singer will travel to the United States for an extensive tour of 20 concerts and also attend the ceremony of the Latin Grammy Awards where he will receive the Musical Excellence 2022 recognition by the Academy. In addition, the singer confirmed that she will soon release her first album of Christmas songs.