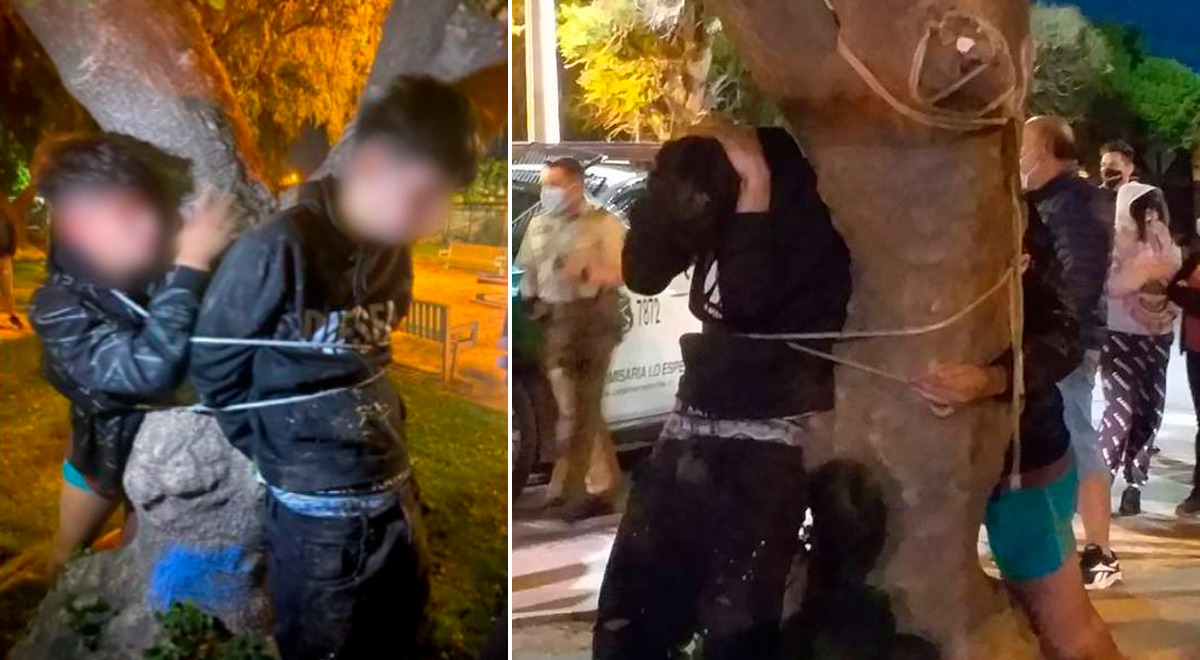 A group of citizens tired of the constant robberies in the region of Maipú, Chile, decided to do justice with their own hands and attacked two thieves who had assaulted a woman when she was arriving at her home.

According to information from witnesses, the events occurred when the female was inside a car and was about to get out to enter her home, a technique known in Chile as ‘slamming’.

The woman was approached by four men who threatened her violently to get out of the car, however, the woman screamed and honked to ask for the help of her neighbors, who rushed out to help her.

Enraged by the constant robberies, the inhabitants of the sector managed to capture two of the assailants, who beat them and then tied them to a tree until the authorities arrived for their arrest.

Carabineros personnel arrived at the scene and the two subjects, 18 and 16 years old. After verifying the scene, they were taken to a health center where it was found that they had minor injuries as a result of the blows from the neighbors.

Lieutenant Colonel Gonzalo Urbina, from the Santiago Rinconada prefecture, declared that the two detainees had no prior records, however, they will be formalized by decision of the Public Ministry.