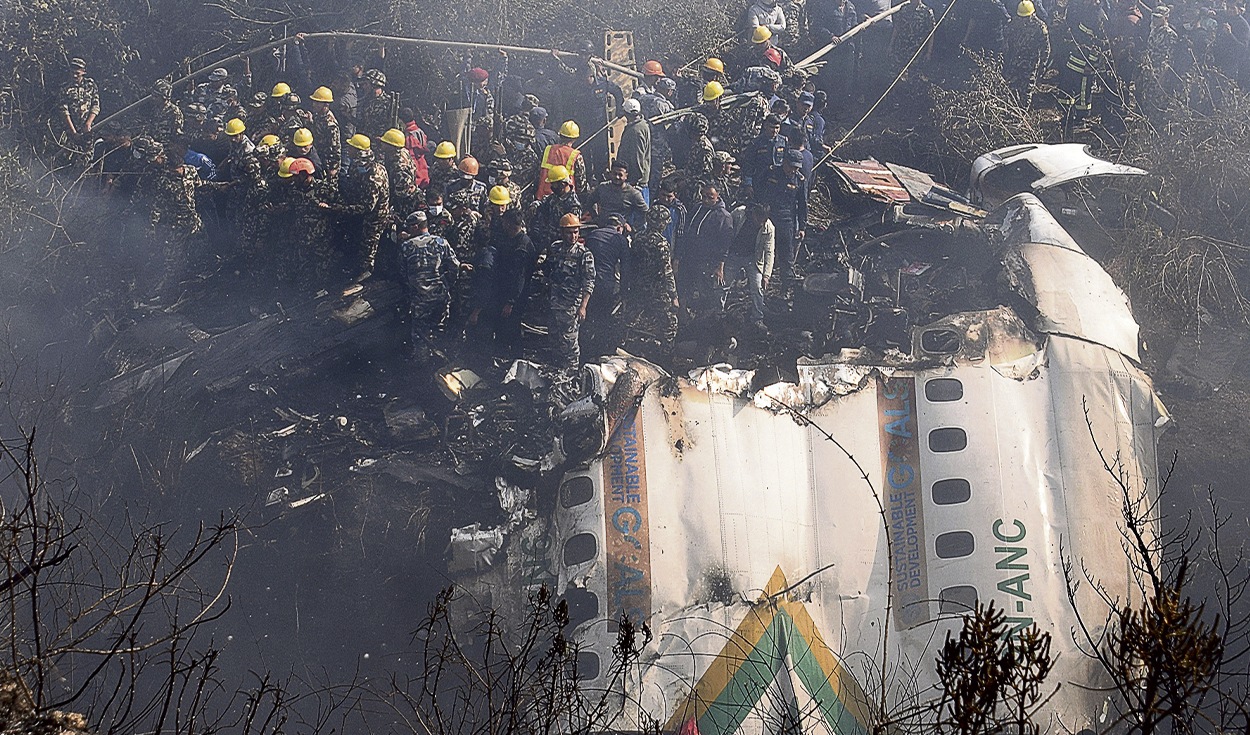 The Nepalese authorities raised to 68 the number of confirmed deaths after the accident of a plane that crashed this Sunday with 72 people on board in one of the air accidents deadliest that has taken place in the country of the Himalayas.

“We have recovered 68 bodies from the accident site,” spokesman Prem Nath Thakur, from Kathmandu’s Tribhuvan International Airport, which is part of the rescue operation, told EFE.

“The search for the remaining four continues,” he added.

The aircraft, an ATR-72, crashed twenty minutes after taking off from Kathmandu at approximately 10:30 a.m. (4.45 GMT) when it was heading to the Pokhara district airport, a very popular tourist center in the country, about two hundred kilometers west of the Nepalese capital.

With an estimated route of less than half an hour, the incident occurred when the plane was trying to land at its destination, Yeti Airlines spokesman Sudarshan Bartaula told EFE.

According to Nepal Civil Aviation AuthorityAmong the passengers were 53 Nepalis, five Indian citizens, four Russians, one Irishman, one Australian, one Argentine, two Koreans and one Frenchman. In addition, four crew members were on board.

Videos posted on social networks, attributed to today’s accident, show columns of smoke coming from the area where the accident took place and the remains of the burning plane.

The Nepalese government convened an emergency meeting after the accident and set up a five-member commission of inquiry under the direction of the civil aviation authority. Nepal further declared a day of national mourning for the victims.

This is the second air accident in the country in less than a year, after a Tara Air company plane crashed in the town of Jomsom on May 29, killing all 22 passengers on board.

Nepalwith frequent air accidents, has been the subject of repeated international sanctions for the lack of controls.

Since November 1960, when the first plane crash in the country was recorded, More than 900 people have been killed in such accidents, according to statistics from the Nepal Civil Aviation Agency. The European Union has banned access to its territory for Nepali airlines since 2013.

The worst air tragedy in recent years took place in March 2018, when a plane belonging to the Bangladeshi airline US-Bangla from Dhaka crashed at the Kathmandu international airport with 67 passengers and four crew members on board, leaving fifty people dead. .

The most serious accident, however, registered in the area since 1990 took place on September 28, 1992, when an Airbus-300 of the Pakistan International Airlines (PIA) company crashed at the Kathmandu airport, killing 167 people, including they thirty Spaniards.

Jannet Palavecino, the Argentine who died in the flight that crashed in Nepal, was 57 years old and was part of a renowned Neuquén family. Passionate about sports in the mountains, she was dedicated to tourism.

I did bike, trekking, walks and some running. He even participated in the organization of the Copahue Extremo race, an extreme trail circuit in the landscapes of Neuquén, in Argentina.